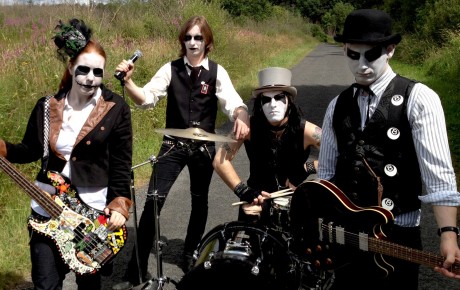 The band, formed in 2012, styles themselves as a ‘horror punk’ band, with each member adapting their own character. It features, on vocals Kevin McHugh (Mr Crowe), Phil and Matt Cassidy (Dirge and Draggle, the brothers Filth, on guitar and drums respectively), and bassist Jolene Phair (Boom Chic Chic).

The album has been funded by fans of the band through a ‘PledgeMusic’ campaign.

“The pledge campaign surpassed all of our expectations,” explained Matt.

“We reached our target within a week of the two month stint and it just kept going! This means we have the funds to do everything to a much higher standard and go the extra mile with all the exclusive content and of course, the album.”

The album is entitled ‘A Fate Worse Than Life’ and has 13 tracks.

“It is quite a unique record and I think there is something in it for everyone,” Matt added.

“Those who pledged receive a digital copy of the album on Sunday September 29, the day the campaign closes.

“They will then receive their CDs, t-shirts, illustrated lyric books and various other exclusive goodies shortly afterwards. ‘A Fate Worse Than Life’ will be unleashed on the unsuspecting public on October 31.”

He went on: “We have released our first single and video since the album was announced. The song is called ‘Dead Air’ and is the summer anthem to end the summer. The video can be seen on our website or YouTube and the track is available for free download from our PledgeMusic page.”

Cadaver Club are also hitting the road for the first time on a tour of the UK and Ireland. 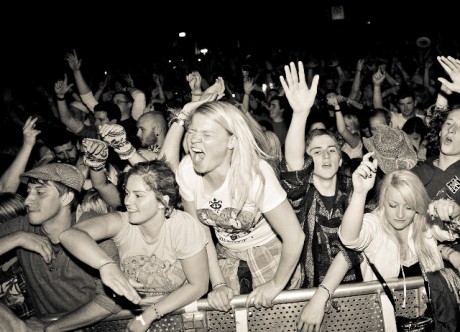 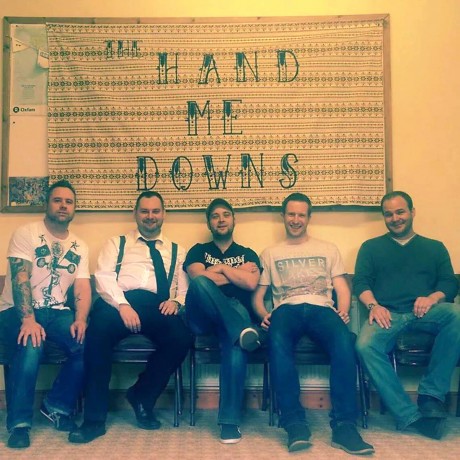 New material in the works for Hand me Downs

This week Ryan Smith caught up with frontman of The Hand me Downs, Jimmy Farry, who play in the... 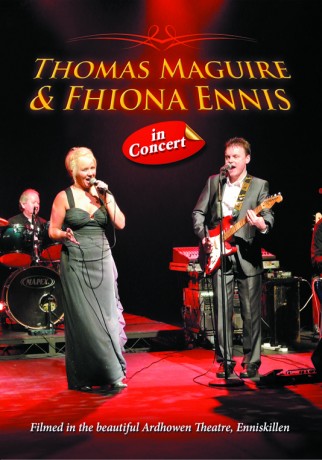