THE PRESIDENT of the Heritage Railway Association (HRA) of the UK and Ireland recently visited Enniskillen to mark the 25th anniversary of the Fermanagh Railway Heritage Group (FRHG).
Lord Faulkner of Worcester was in the county to mark a quarter of a century of hard work by local railway heritage volunteers, and joined locals for a tour of the artefacts, records and other memorabilia on display at Headhunters Barber Shop and Railway Museum.
He said he was delighted to be able to visit the popular little museum for the first time since the pandemic started, and to see its many improvements and additions since his last visit.
“Headhunters does a wonderful job in keeping alive the memory of the many railways in and around Enniskillen, and the part they played in the region’s economy,” said Lord Faulkner. “I often advise my HRA colleagues to visit this unique and important museum, and I wish it well for the future.”
The HRA president had travelled to Fermanagh to be part of a special celebration of railway heritage in the county.
In 1997, 40 years after all rail services in Fermanagh came to an end in September 1957, local man Selwyn Jonston brought a group of former railway workers and enthusiasts got together to form the FRHG. Its aim was to help support reunion events and celebrate the importance the railways had played in shaping life in the area, preserving that knowledge for future generations.
With no official record of the local railway staff, or where they lived, the group first set about reconnecting the former employees with each other, inviting them to a series of lively events such as dinners, exhibitions and talks.
Many of the workers had not been in touch since the day the railways closed in 1957, and Former Great Northern Railway Ireland (GNRI) fireman Kevin Love, driver Douglas Armstrong, and Sligo Leitrim and Northern Counties Railway (SLNCR) clerk Cecil Irvine were instrumental in reconnecting with the former colleagues.
With all involved delighted to be sharing memories and reconnecting, the heritage group attracted a lot of interest, leading to the need for the FRHG to find itself a permanent home.
It wasn’t an easy task for a group with no funding, premises or staff, though, and in the meantime the group began collecting and recording memories and artefacts during its various events in Belcoo and Enniskillen.
Five years later, the FRHG finally secured what would become its permanent base, and what would become a much-loved tourist attraction in the county town, Headhunters, on Darling Street.
Officially opened on September 30th, 2002, the museum has grown over the past two decades and is now home to one of the largest collections of small railway artefacts from the Great Northern, Sligo Leitrim and Clogher Valley railways.
The group is still going strong, too, with many reunion events held over the years, including nostalgic trips – albeit via bus, sadly – to neighbouring former rails stops including Bundoran and Sligo, retracing the routes of the old railway lines. Former workers have also published books on their experiences, while Headhunters – which is registered charity – volunteers have been awarded Queen’s Award for Voluntary Service in 2017.
Widely regarded as a hidden gem, Headhunters boasts the title of the world’s only railway museum and barber shop, and has attracted countless notable figures and celebrities over the years.
The museum continues to enjoy the support of the railway volunteers and former rail staff, who continue to kindly add to its collection. The latest addition is a large brass hand bell from Enniskillen Railway Station, used to alert passengers their train was departing.
Headhunters Railway Museum and Barber Shop is open Tuesday-Saturday from 9am – 5.30pm, with free admission and haircuts optional. It will also be opening for the upcoming European Heritage Open Days on Saturday, September 10th from 9.00-5.30pm, and Sunday September 11th from 2pm-5pm. 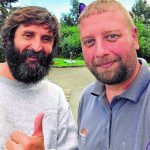 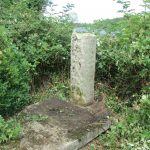