A FLORENCECOURT former farmer has been fined £2,500 for polluting a local waterway, causing a fish kill.
Rodney Elliott (48) of Druminiskill Road, Edenmore was also ordered to pay £267.50 for the cost of replacing the fish that died in two incidents on June 26th , 2018 and August 20th, 2018.
Elliott, who appeared at Enniskillen Magistrates Court on Wednesday, was charged with two counts or pollution of a waterway in relation to the incidents.
The court was told that in June 2018 water quality inspectors, acting on behalf of the NI Environment Agency (NIEA), visited the site near Florencecourt on foot of a report of a fish kill incident. When they arrived they found effluent in the water.
The inspectors established the pollution had come from slurry run off from Elliott’s farm, which had flowed down his road, entered a drain, and discharged into a tributary of the Larganess River.
Inland Fisheries carried out a fish kill survey at the scene, and it was found scores of trout had died.
The inspectors were called to the location again the following August, to reports of more effluent in the water, and again visited Elliott’s farm where they discovered an overflowing slurry tank. The slurry was being discharged into the river via gullies at the side of the road.
No fish were killed as a result of the second incident.
When interviewed about the first incident, in June, Elliott said the slurry tank had been over flowing due to a technical fault with a pump, and said he had taken action to fix it.
The court was told the fact there had been a second pollution incident two months later was an aggravating factor in the case.
A defence lawyer for Elliott accepted responsibility for what happened. He said the defendant had accepted the charges from the beginning, and had taken action to stop it happening again.
The lawyer said Elliott had come into serious financial difficulty not long after the incidents, and was no longer a farmer, now working for Treacy Concrete instead.
District Judge Stephen Keown noted the last time a similar incident had come before him in court he had fined the defendant between £4,000-£5,000 for a one-off incident.
Judge Keown said the offences were “very serious” and “our fish stocks must be protected.”
He added, however, he must also take Elliott’s financial circumstances into account.
Elliott was fined £1,000 for the June 2018 incident, and £1,500 for the August pollution incident. 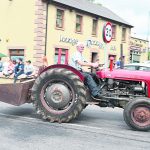 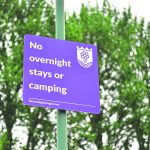