After the very worst of years, the very best among us – from frontline health staff to key community volunteers and charity workers – have been recognised in The Queen’s 2021 New Year Honours. Here we spotlight some of the deserving stars that Prime Minister Boris Johnson applauds as “an inspiration to us all”.

Last year brought to the fore a new breed of community champions… including those working in the NHS to treat coronavirus patients, scientists developing effective vaccines and key workers keeping essential services operating.

These “ordinary people” who continue to go above and beyond have been recognised for sterling work delivered in extraordinary circumstances.

The 2021 New Years Honours has recognised champions of sport as well as stars of stage and screen but this year, more than ever, it is ordinary people who have been recognised alongside them. Among the deserving recipients are leading lights who have battled to save lives and keep the NHS afloat and those who have kept the country smiling by spreading kindness.

The list includes medical experts as well as volunteers working with youngsters, the elderly and those with disabilities. Those working in libraries, education and community arts also received recognition. Prime Minister Boris Johnson said: “In a year when so many have made sacrifices to protect our NHS and save people’s lives, the outstanding efforts of those receiving honours are a welcome reminder of the strength of human spirit and of what can be achieved through courage and compassion. “The 2021 New Year Honours offer us an opportunity to salute their dedication and recognise many who have gone above and beyond in their contribution to our country. “As we begin a new year and continue to come together to fight this virus, may their service and stories be an inspiration to us all.”

Jacquie Winning’s award “recognises the achievements of everyone” at Forth Valley Sensory Centre following “an exceptionally challenging year”.

The 55 year-old from Falkirk was recognised for going the extra mile to manage “wraparound” services to people with sensory loss during the pandemic “COVID-19 has been challenging for everyone, but more so for people with sensory loss. Those with hearing loss face challenges due to face masks and social distancing interfering with their ability to lip read.

“The impact is that some of the most vulnerable people in society have been incredibly well supported during the most challenging of times. Thanks go to the dedication, enthusiasm and willingness to adapt by our team, volunteers and partners, and tremendous support of our board of directors.”

Cabinet Office confirmation of Dr Tamas Szakmany’s award made him “astonished, touched and humbled”. The 44 year-old from Newport explained: “I thought I was doing my job like everybody else. I didn’t think for one minute it would result in this. I’m really surprised. Once I was allowed to talk about it, the first thing I said was how fortunate I was to work with this team. “2020 was difficult professionally. Personally, I had many successes. It was a double-edged sword. The MBE is recognition for the enormous effort everyone has made to get us through the first wave. I hope we have similar success again.”

A Belfast community worker is celebrating “the surprise of his life” after being honoured. Michael Briggs’ MBE was rewarded for services beyond the call of duty in the voluntary sector and community.

“Even though we’ve hardly moved out of the office, it’s all been pretty busy,” explained the East

“We’ve been managing our COVID programme, buying bulk food to get out to groups we support. We developed a network of groups delivering small packages to people who are vulnerable, shielding or in financial need.” The 57 year-old continued: “There are so many stories from older people who say ‘it’s just good to know people are thinking about us.”

He revealed: “I nearly didn’t open it. Then I saw it was from the Cabinet Office. “For me, it’s about the efforts of other people as well.

A British Red Cross refugee support staff emergency responder initially thought his honour announcement email was spam! Golam Chowdhury was then “humbled” when his British Empire Medal was confirmed. “I had no idea I had even been nominated,” said the 51-year-old from Portsmouth.

“It’s been challenging, both personally and professionally, but I am always amazed by human resilience and community spirit. Watching how people come together to support each other has been incredible.”

“I don’t do my job – or my volunteering – for praise,” said the father-of-two. “I do it because, if the tables were turned and I was the one that needed help, then I would hope that there was someone out there to support me. “I’d like to dedicate my award to everyone in all communities who are helping others.”

For more information on Honours recipients, go to gov.uk/honours 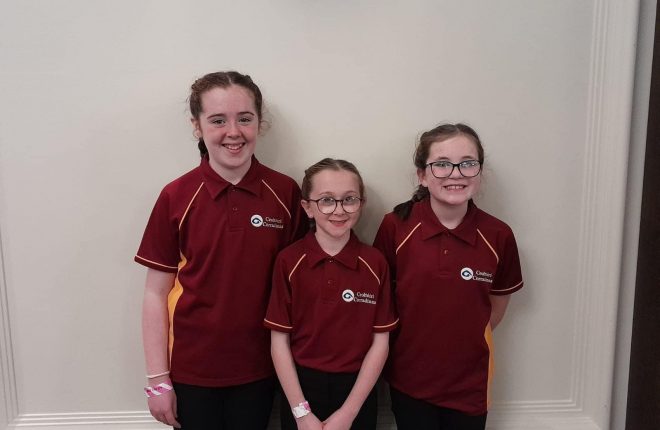