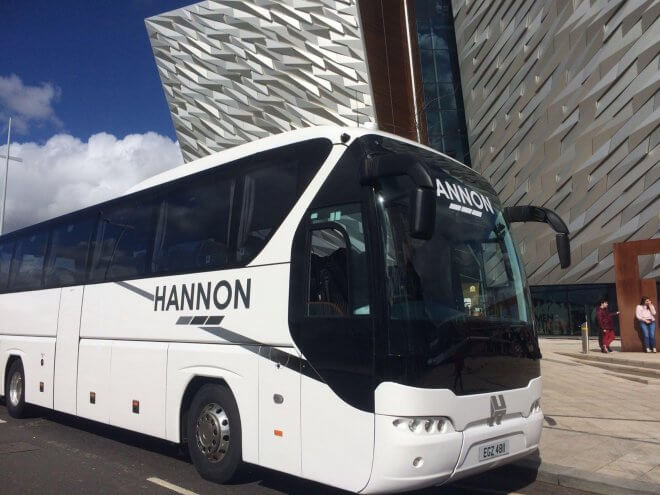 THE COMPANY behind the plan to put on an express bus from Enniskillen to Belfast has said it is still very keen to get the route going, the only thing holding it back is permission.
Antrim-based company Hannon Coach has been attempting to set up the express route, which it states would be cheaper and much faster than the current Ulsterbus service from Enniskillen to Belfast, since last year. Before that can happen, however, the Department of Infrastructure must grant the company a licence to do so.
A ruling on the company’s licence application had initially been expected at the beginning of this year, yet Hannon are still waiting. Group marketing manager with Hannon Coach, Owen McLaughlin, told the Herald the Department said the next stage in its application process would have been completed by June, yet that has not happened yet either.
While awaiting on the Department’s ruling, the company have proceeded with establishing express routes from various locations such as Belfast and Lisburn to Glasgow, which they said had been very successful.
“We’re very, very keen to do this. Our Facebook comes alight every so often, whenever we post about Glasgow, with people asking when the Enniskillen bus is coming on,” said Mr McLaughlin. “They’re interested in both, travelling to Glasgow from Enniskillen and just having a general express service they can use.”
This week Mr McLaughlin was meeting with the Consumer Process regarding the Belfast express application.
“The point I was making to the Consumer Council is consumers at the moment don’t have a choice of an express, as there is no express,” he said. “There’s no express because it’s not in Translink’s service agreement with the Department.”
Mr McLaughlin said the lack of competition with Translink was bad for travellers, pointing out the only timetables that had been improved by the semi-State company had been on routes where there was private competition, such as Dublin.
He added: “The ironic thing is, we should be shipping people into Belfast and getting them to go on that new Glider service that is costing us all £90. We should be bringing them there, and it would be good for everybody.”