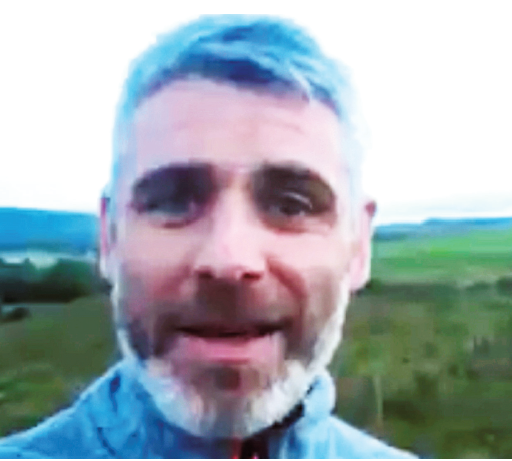 ENNISKILLEN man Dylan Quinn is leading the charge to get our politicians back to work at Stormont after over 560 days of deadlock. The father-of-four from Enniskillen is using the power of social media to unite people across the North into urging our MLAs to return to the Assembly Chamber.
Northern Ireland has been without a functioning Executive since January 2017 and Dylan, who runs his own dance company, says he is sick of the lack of political leadership. He is organising an event for August 28th by which time he says Northern Ireland will hold the record for being the longest running democracy without a government.
“That’s ridiculous and I know lots of other people are frustrated andfeel that we are being let down by our politicians,” he said this week. “We have a health system, schools and an arts sector which are all struggling massively due to funding cuts. There’s potholes all over the roads and we have no idea what’s going to happen with Brexit and no one speaking up for us.”
Dylan wants to bring 589 people together in Enniskillen on August 28th for a colourful, inclusive, peaceful and proactive event to say to politicians that “enough is enough”. “That will be one person for every single day that we have not had a government while our MLAs have been on full pay but not doing their jobs. It’s ludicrous that this limbo has been allowed to go on for so long. Our politicians need to get back to work and I want to tell them to do that by putting on pressure. I would really like people’s help to make this happen and let them know that we deserve better.”
Dylan’s video appeal was posted on Facebook on Monday night and has already been viewed over 100,000 times with multiple shares across social media. “I’m doing this in Enniskillen but if anyone else wants to hold similar events in other towns that would be great.
“This can only happen if people actually come together and make enough noise so our MLAs have to listen. I hope I succeed but even if I don’t at least I’m trying to do something to say that I want the futures of myself and my kids looked after so stop mucking around and get back to work,” Dylan added.