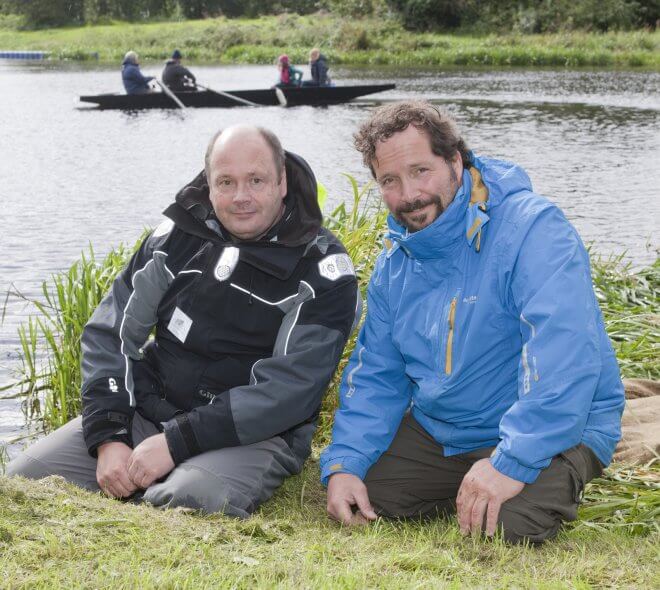 EXACTLY 175 years ago a new era dawned on Lough Erne – the age of the paddle steamer – and now local history enthusiasts are working to resurrect the memory of that wondrous occasion.
As part of their ongoing mission to preserve and celebrate the history of the Lough, and its impact on life in Fermanagh, Lough Erne Heritage are now even hoping to possibly recover some of the fateful Countess of Erne paddle steamer, the first of its kind in the county.
“The Countess of Erne first steamed on Lough Erne on Friday the 23rd of December 1842. She left the canal terminus at 11 o’clock in the morning and called at Crom Bay before heading for Lisnaskea,” said Ken Wilson from Lough Erne Heritage.
“It is reported that hundreds lined the shores to catch a glimpse of the wonderful sight of a steamboat on Lough Erne.”
Brian Osborne, who has researched the boat and will be giving a talk on the Countess at Enniskillen Library in March, said the paddle steamer arrived to great fanfare when it arrived at Wattlebridge after being brought down the Ulster Canal.
“The Countess of Erne, with about 30 people on board and the Crom Infantry Band, made its way to Crom where there was a huge celebration,” Mr Osborne told Good Morning Ulster.
“Hundreds of people lined the shore, there was canon salutes from the old castle, flag waving, the usual. It did a few circles of Crom bay then headed for Lisnaskea. It was practically like a space ship because 90 percent of people had never seen a steam boat.”
The Countess was then brought to Enniskillen on Christmas Eve 1842, where it received a similarly jubilant reception.
Sadly, the 66-foot long steamer had a short life span. Following a fire that had broken out after the boat was fumigated for vermin, the Countess was scuttled on June 25, 1846, somewhere in the waters near Belturbet.
While the wooden parts of the boat would have disintegrated a long time ago, Lough Erne Heritage are hoping to possibly recover any metal parts of the steamer which still lie at the bottom of the Lough.
Mr Osborne’s talk take place at 2.15pm on Saturday, March 3, as part of the Lough Erne Heritage 2018 programme of events.