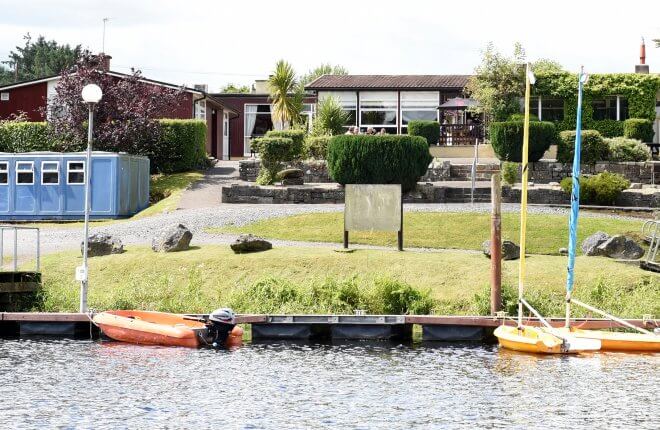 The incident occured at the Carrybridge Hotel

A 49-year-old man has been sentenced to 100 hours community service for stealing cash that was destined for a leading cancer charity.
Malcolm Morrison of Rabbitburrow Road, Kiltenamullagh in Lisbellaw appeared before Enniskillen Magistrates Court on Monday for sentencing on the charge of the theft of £350 belonging to Marie Curie Cancer Care.
The court heard that police were called to the Carrybridge Hotel at 11.45pm on September 11th after staff reported that a collection bucket on the bar, which had been raising funds for a sky dive in aid of Marie Curie, had been stolen. The court was told that the bucket contained up to £700, mostly in £10 and £20 notes. A Public Prosecution Official added that a chef at the hotel had observed Morrison walking towards the accommodation area of the hotel carrying the bucket, which was later recovered at the rear of the building.
When Morrison was later questioned by police, he was found in possession of £310, mostly in £20 and £10 notes. Morrison was arrested and made full admissions to the theft.
District Judge Michael Ranaghan heard that the defendant had “drink taken” at the time and it had been “a spur of the moment” decision to steal the bucket. By the time the cash was recovered, Morrison had only spent £20 of the money, the rest of which was returned to the Carrybridge.
Defence solicitor Niall Bogue said of his client: “He is very ashamed to be before the court for an unsavoury type of theft.” Mr Bogue added that his client had come to court with £150 restitution
and was happy to pay extra by way of recompense.
The judge said the court took “a dim view of thefts from charity” as he imposed the community service order. Morrison was also fined £200.