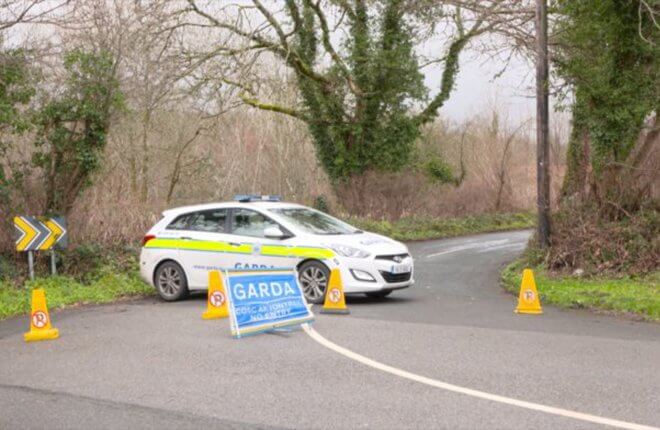 FOLLOWING the closure of a main road crossing on the Fermanagh and Leitrim border due to a ‘security alert’, a Leitrim Councillor expressed fears that this could be the start of disruption for the border community.
The Fermanagh and Leitrim border was closed for over 48 hours following a ‘suspect device’ being left in the area.
The Cashel Road was been closed from the junction with Lattone Road and the border since Sunday night, early hours of Monday morning.
Both Gardai and PSNI officers were in attendance at a security alert along the border between Garrison in Fermanagh and Kiltyclogher in Leitrim.
Diversions were put in place while the PSNI carried out extensive investigations.
The closure was lifted late on Tuesday afternoon with authorities saying nothing untoward had been discovered at the scene.
The border area was hugely impacted by the Troubles, and Leitrim County Councillor John McCartin told the Herald that it was ‘physically cut off.’
“This shows that we should not take the period of peace and stability for granted. It is very worrying for the community in the area. Kiltyclogher has been massively socially and economically disadvantaged over the period of the troubles, and the peace and stability that we have experienced has had a hugely positive impact on the community. That part of Leitrim was previously physically cut off from it’s neighbours – the infrastructure was closed off, bridges and roads were closed and we never want to return to that, said Cllr McCartin.
Councillor Anthony Feely told the Herald that the extended period of road closure caused significant disruption for local people.
“There were rumours going around that it was a bomb. Hopefully we are not going back to the days of the past – there is absolutely no room for incidents like this in our society.
“It is caused a lot of disruption for the people who live in the area trying to get to work and getting the kids to school. It was very worrying for local people in that area,” said Cllr Feely.
A spokesman for the PSNI made the following comment following the incident.
“Police responded to a report that a suspect device had been left in the area at around 4:30pm on Sunday, 18th December. An operation was immediately put in place to secure the area. ATO were tasked to the scene. Following a search of the area, nothing untoward was found.”