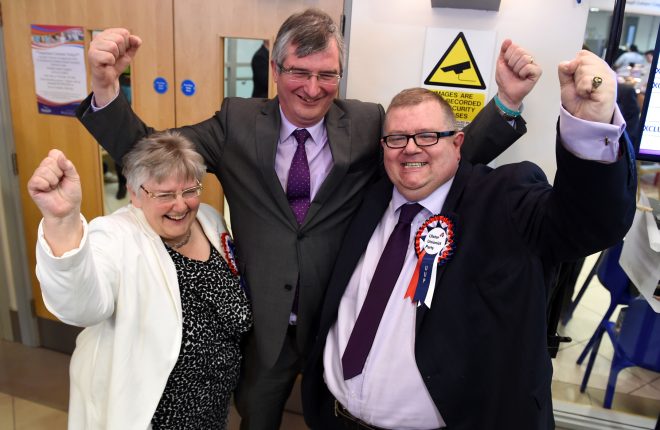 ULSTER Unionist MLA Rosemary Barton says “all votes are up for grabs” if the electorate of Fermanagh and South Tyrone are forced to go to the polls again in a few weeks.
The former teacher, who was one of the new MLAs elected last May, says she feels “very sad” at the way the current situation has unfolded.
She told the Herald: “An election will do nothing in the short-term to establish the truth and instead will simply delay any changes to the RHI scheme. This RHI scandal has the potential to cost the Northern Ireland public purse £87,000 every day for the next 20 years. A five-week delay, for instance, would be another £3m of public money in the air.
The concern is that the only people that an election really suits is those who don’t want to take the best and fastest route to a mitigation of these losses.
“Our position remains that an independent public inquiry, chaired by a judicial figure proposed by the Lord Chief Justice, is the only actual prospect of getting answers to all the questions that people are now demanding. An election campaign seems likely to mean that the prospect of this is further away than it was before Christmas, which is very unfortunate.”
Mrs Barton added that if faced with a likely election, it will be an opportunity for the public to give their verdict on RHI. She believes that the UUP in Opposition has played a vital role in holding a “dysfunctional Executive to account”.
“We were the first to call for a public inquiry into the RHI scandal. I have every confidence that after the election, no matter what role we will be in, both the SDLP and the Ulster Unionists will continue with our efforts of establishing the truth.”