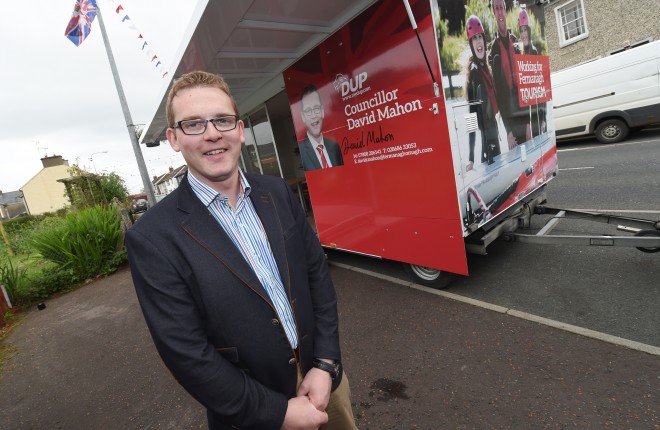 A NORTH Fermanagh DUP councillor, David Mahon has called on the public to be alert for suspicious persons and vehicles following a recent spate of domestic burglaries, two in Kesh and one in Ederney.

Mr Mahon revealed that a woman lived on her own at one of the addresses but was out at the time.

The house in Ederney was ransacked while cash, jewellery and items of sentimental value were stolen from the property in Rosscolban Meadows. The house in Mantlin Road area was ransacked and a sum of money taken.

Mr Mahon, speaking to the Herald, felt the trio of break-ins was a one-off.

“There hasn’t been much in a long time, but these three seem to have been done at the same time which, to me, would indicate they were done by the same gang.”

He underlined the PSNI appeal to anyone who saw or sees anything suspicious, people or vehicles, to ring ‘101’ immediately.

In this latest outbreak, police are appealing to anyone who noticed a suspicious black saloon car in the area around the time that the burglaries took place (during the afternoon and evening of Monday,19 December).

Information should be given to detectives at Enniskillen Police Station on 101. It can also be given anonymously via the Crimestoppers number  on 0800 555 111.

A PSNI spokesman said it is imperative that people close and lock windows and doors at night or when the house is unoccupied.

He added: “It is also wise to keep valuables out of sight. A safe is a wise investment for securing precious items such as jewellery, credit cards or financial documents. Don’t leave keys in plain view or in a door lock.

“The community can also play a part by looking out for neighbours, reviewing household security, making sure that doors and windows are kept locked and reporting any suspicious activity immediately to police.”