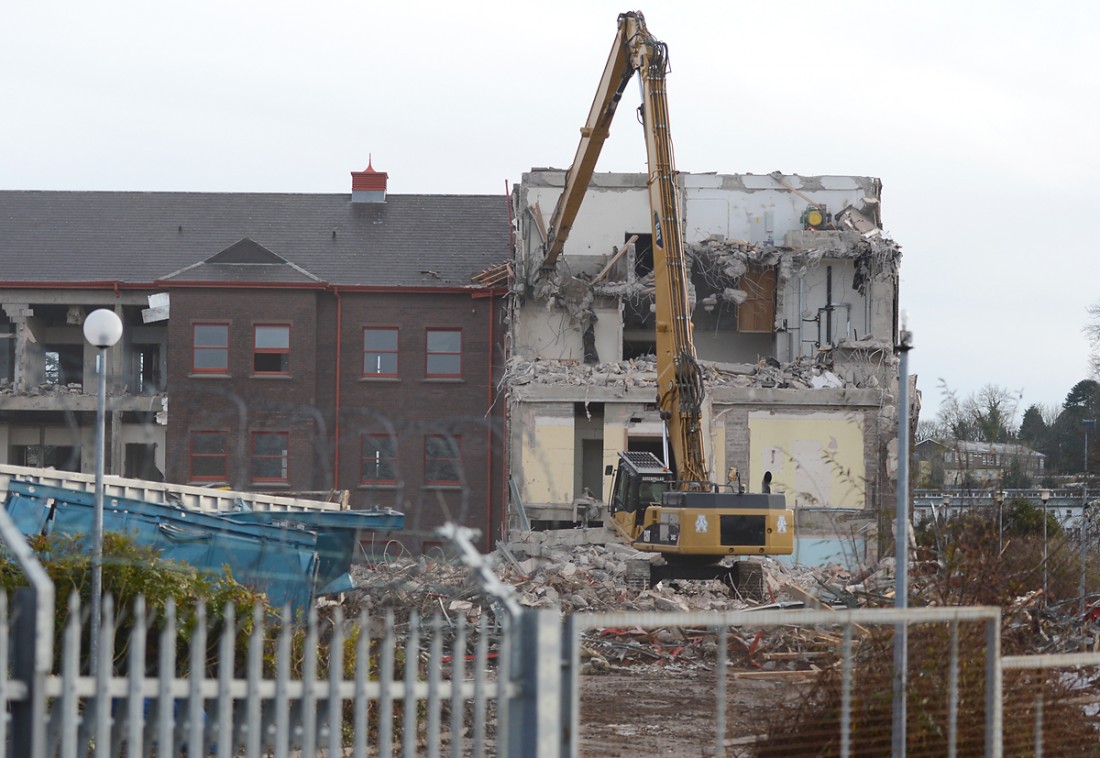 The Erne Hospital is reduced to dust. Photo by Ronan McGrade

WITH the move to the new acute hospital in June, 2012, staff – and patients – in the old Erne hospital said their goodbyes to the various departments, but memories of the ‘good old days’ are still fresh.

Staff nurse, Maureen McManus, from Chanterhill, Enniskillen spent almost 20 years in the Children’s Ward, taking a break after five years (in 1985) to look after her own children and undertake further studies.

“It was the first ward I came to when I qualified as a staff nurse in 1980, and I must say I did enjoy it. We had 16-18 beds and they were nearly always full.
“At that time, we had an overflow ward, so we had eight adult patients as well as the children. Yes, we had some long-term young patients, children with disabilities.
“Mrs Butler was the hospital teacher.
She had her own classroom that the children were able to go to, and they looked forward to school.”

In Maureen’s estimation, the only real traumatic experience for a child being admitted to the ward was the parting from the parents.
“It was always difficult for parents and children, and it was more difficult for the parents because, at that time, they were not allowed to stay with them overnight, only at visiting time.
“You can imagine the scene for for a two-year old when the door closes. It operated on a keypad system.
“In fact, one of my own children, who is now a staff nurse, was a patient in children’s ward, and she still remembers me leaving, but they soon adapted.”

And, when Maureen returned to the Erne in 1998, she was struck by the more family-orientated ethos of the ward.
“I was there till the Erne closed and parents could stay all day, although we encouraged one parent to go home. It made life easier for us as the parents were at hand in case we needed to ask them something.”

As for the move to a brand new acute hospital, Maureen said she and her colleagues had a fear of what a new environment meant.
“You had that fear that, if something were to go wrong, would I remember where everything was, so in that way,  a big hospital is daunting.
“But, now I have been there long enough to be able to say I would not go back.”

The one regret she and her daughter, Claire – then a talented A level art student – have is that the jungle scenes that Claire and her fellow art students drew on the walls of the Children’s Ward disappeared in the rubble.