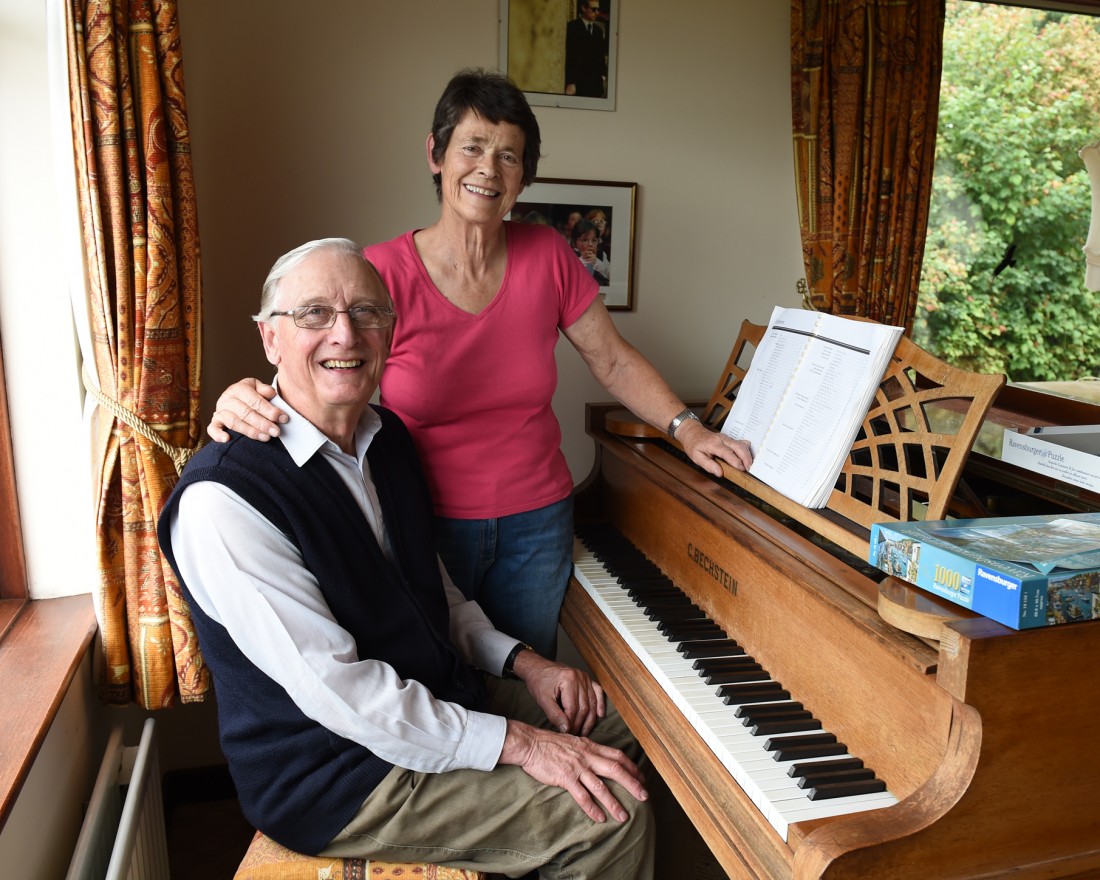 EIGHT YEARS on from being diagnosed with Alzheimer’s disease, former Bishop of Clogher, the Right Reverend Brian Hannon remains upbeat and physically active, despite the progressive nature of his condition.

Speaking to the Herald, his wife and carer, Maeve explained how their lives changed dramatically back in November 2006.

“It has affected him in strange ways, having been a person obviously as Bishop, who uses words and whose degree is in languages, he’s finding it terribly hard to find the words for things, and that’s rather sad.

“He can’t remember very simple things, like how to spell words, things like that particularly. But I know various people around here who within weeks had to go to the T & F, so I think we are astonishingly lucky.”

“He would get lost. He went walking in the woods by Necarne and I suggested going a different path and he got totally lost. These very nice people found him and pointed him back to where the car was. They were great.

“I was riding in Florencecourt and I said: ‘would you not come too with the dog and have a walk while I ride’, and he managed to get lost there.

“It’s pretty frightening when it happens, but people have been awfully kind, you have no idea how good they have been. He also can’t find places in the shop and he can’t find things in the house, he has no hope unless I root around myself.

“In a strange way, he’s kind of lost interest in things. We need tiling done on the roof and he’s rather lost interest in that. It does lead to somewhat of a personality change in our case anyway so far, whether that will get better or worse I don’t know. We just don’t know what will happen next.”

To counteract the condition, Brian uses numerous methods to keep his mind and body active.

“He does a thing called codeword which is in ‘The Times’ and he does that every day. He does jigsaw puzzles endlessly and I think all those things do help.

“I think you can stave the thing of amazingly and, funnily enough, I think physical fitness helps a lot. It’s very important to try and keep fit.  Don’t sit in the corner and moulder away, get out there and walk. So, we have a new dog and she exercises my husband.”

Maeve admits life as Brian’s carer and wife can be ‘considerably challenging’, but she knows it could be much worse.

“He’s not deaf, but because his mind and everything don’t connect up properly, he doesn’t always respond, and it seems as if he’s deaf. There are times when you have to change your tact to get through.

“He does get very tired now and doesn’t want to go out in the evenings, in fact from lunchtime on, he really doesn’t want to go anywhere and he has a bit of a rest in the afternoon, but he sleeps wonderfully. I wish I could sleep as well.”

With 1,098 people living with Alzheimer’s in Fermanagh South Tyrone, the illness is not confined to the Hannon household, and Mrs Hannon stressed that diagnosis is not a death sentence.

“People have different reactions: while some people will hide away and pretend there is nothing wrong, others will get help. If you get help early, know how to cope with some things and get the right drugs. I think it must make a difference.

“I’m sure people are afraid and think this is a life sentence, but it is not.”