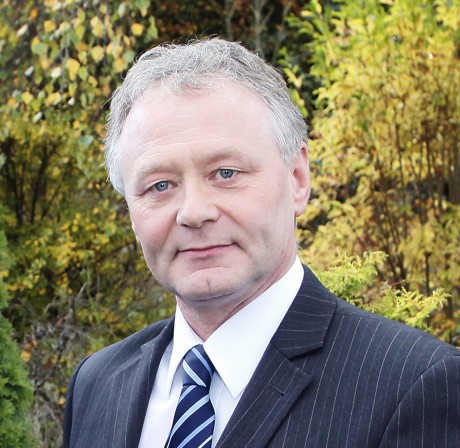 AFTER ten years of waiting Devenish College Principal Mervyn Walker remains confident a new school will be built as promised.

Back in March an economic appraisal carried out by the Western Education and Library Board backed plans for a new 800 pupil school on the Tempo Road, Enniskillen and John O’Dowd has told school representatives they will get a new build.

“Preparations for the new term are well under way and I was delighted with the A level / BTEC level 3 results which were a credit to the hard work of students and the expertise of the staff.

“Once again our results – 65% of students achieved 3 A*-C grades – are well above the Northern Ireland average.”

He continued: “I am confident that our new school will be built and this is based on public comments made by the Minister and reiterated in a recent meeting some of our governors had with him. Of course once the new build materialises we will have a first rate educational estate which the staff and students deserve. In the meantime we will continue with our aim of providing the best possible educational outcomes we can for our students.”

The final decision on Devenish and the proposed amalgamation of Portora Royal School and Enniskillen Collegiate will be taken by the Education Minister John O’Dowd, although no time scale has yet been given.

A Department of Education spokesman commented: “The Western Education and Library Board published proposals on 14 May regarding the discontinuation of Collegiate Grammar School and Portora Royal School, and the opening of a new co-educational 11-18 non-denominational grammar school in Enniskillen. This is, in effect, an amalgamation of the two schools. Department of Education officials are currently in the process of collating and analysing all information pertinent to the proposals, including the responses to the consultation, and the Minister will make decisions on the proposals in due course.”

The spokesman also confirmed that the Devenish new build project, announced in January 2013, is ‘proceeding in planning’.