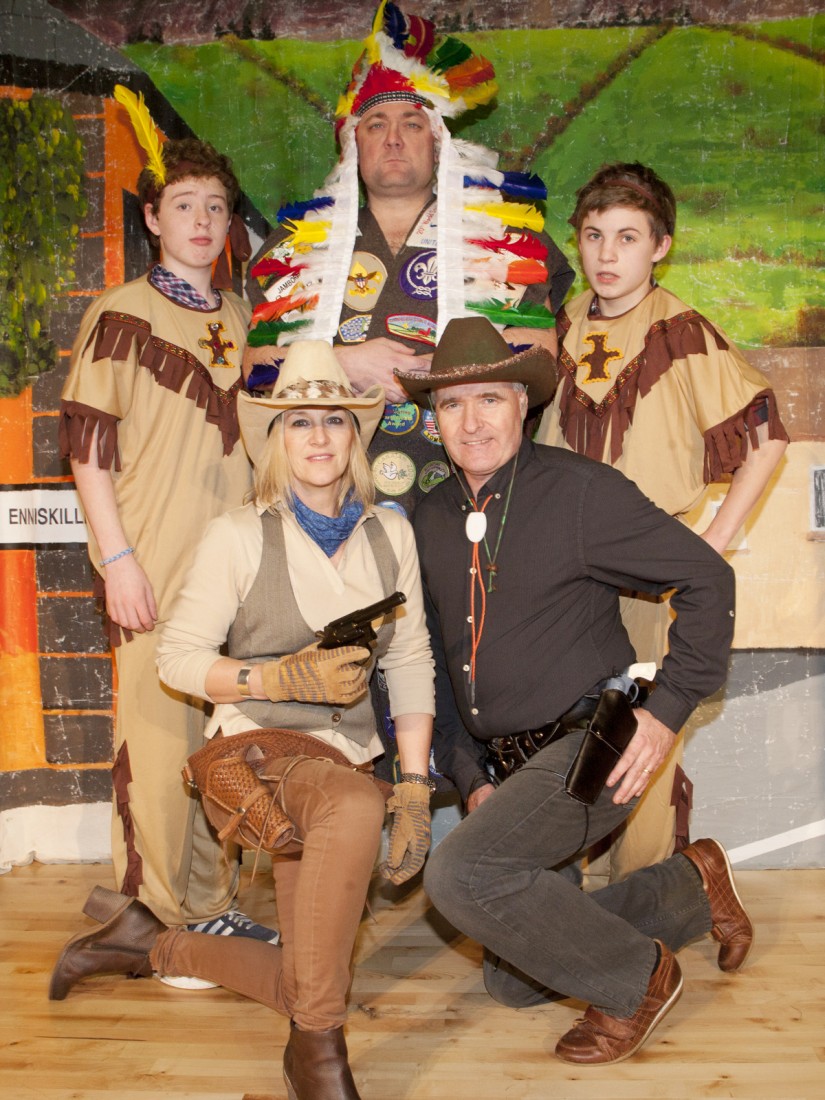 THE Swanlinbar musical society have the pleasure to invite you to laugh away your January blues.

The locals of Swad, which includes some of last year’s veterans and some freshly discovered talent, are once again displaying their singing, dancing and acting talents in an original pantomime written by the director and producer Joe Donnelly from Teemore.

We are convinced this will provide laughter and entertainment to suit all ages.

The Shenanigans on stage are based  around watery squabbles among the locals of the Cuilcagh mountains whose inhabitants vary in culture and outlook.

The story includes themes of greed, deception and rediscovered loved ones intertwined with bursts of music and dancing resulting in an all round diverting show.

There are performances are on four nights at 8pm on January Fri 31st, February  Sun 2nd, Fri 7th and  a final night on Sat 8th in St Mary’s hall Swanlinbar.

Tickets which  sold rapidly last year are  currently on sale from the post office in Swanlinbar.

Come and join us in Swad for a  couple of hours to have a laugh and chase those blues away at the Show ‘Bathtime in Swanlinbar’.