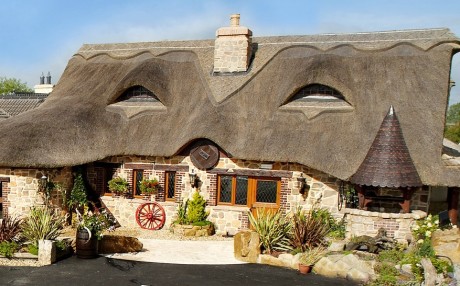 THE dream wedding of a local couple living in Australia has been left in tatters following the closure of the Watermill Restaurant last week.

Although the owner of the restaurant has indicated that the closure is temporary, the couple decided to look for another venue as they felt uncertain about the reopening and were trying to organise their wedding from the other side of the world.

The groom, from Maguiresbridge, has described how guests from as far afield as New York, New Zealand – as well as Australia – were set to descend upon Fermanagh to join 240 guests at the award-winning restaurant, where the entire wedding ceremony and reception was to take place.

Paudy Gavin, and his fiancee Marianne Loughrey, from Cookstown, have been together for six years, and were set to wed on June 7.

The couple had planned that they would arrive individually, one by boat, the other by helicopter, to the venue – and yet in a matter of days, their plans have been left in turmoil.

“It seemed to be our perfect option,” said Paudy speaking from Sydney yesterday (Tuesday).
“We didn’t know if it was true or lies. Now, at this minute, we haven’t got a venue to go to.

“Somebody said that it’s a pity that we’ll lose our deposit, but the deposit, to be honest, isn’t anything.”
Invitations have already been sent out to America, England – and locally.

Flights home  for that date have had to be cancelled, while Paudy had also booked his stag weekend with friends to Amsterdam which he has also had to forgo.

And, since he heard the news he and his fiancee have been ‘flat out’ trying to find a new venue – as well as reorganising their band, photographer, and many things that they had thought were done and dusted.

“Straightaway, we’ve been flat out, but, everywhere is booked for the original date.

“We can get a venue for another date – which we’re grand with. However, the lady who was going to marry us is not available – and we’re waiting on word back from the band.

“I’m on the phone until 12.30/1.30 at night trying to sort it out, but it’s not happening,” added Paudy.
Marianne, he said, remained upset as they try and sort things out.

“She’s upset in such a way – that it’s not even funny. It was laughable the first three or four days – back then, we had thought that we could sort this out.”

In a statement, issued by Pascal Brissaud, owner/head chef at the Watermill, to the Herald through his solicitors, Messrs Murnaghan & Fee, last week, stated:  “The premises have been closed temporarily due to matters in dispute between the parties involved in the operation of the business.”