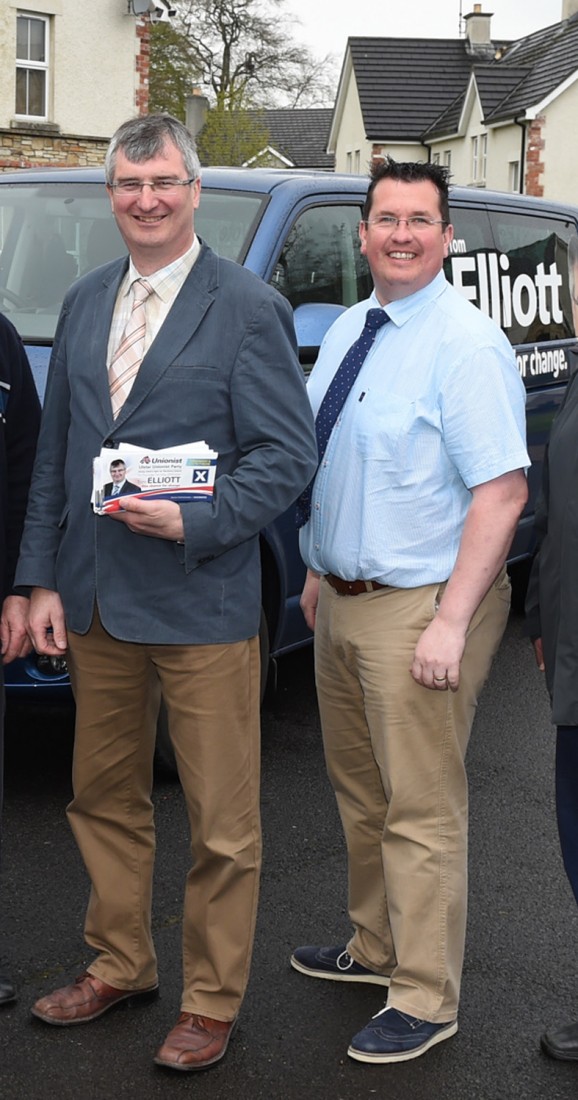 NEW FERMANAGH and South Tyrone MLA Neil Somerville called it a “great honour” to be chosen as the successor to Tom Elliott.

The 42-year-old was born in Aughnacloy and attended both Aughnacloy Primary  School and Aughnacloy Secondary, before moving into the family  business, Clogher Valley Country Caravan Park. He sold the business  in December 2014.

Mr Somerville married his wife Sandra 18 years ago and they have  four children; Lucy (16), Jodie (15), Jay (13) and Zoe (11). Despite the extra commitments on his time the new MLA insists he has his family’s blessing.

“In all works that I have done I have been either away from home for a long period of time or within my own business. That will not create an issue, I have the full support of my family.”

Mr Somerville, who now lives at Clogher, first dipped his toes into politics by becoming a director on the ‘Flavour of Tyrone’ nine years ago and in the past two years has been chairman of the body.
He joined the Ulster Unionist Party four years ago and in that time spent a period on the former Dungannon and South Tyrone Borough Council. In 2014 he narrowly missed out on a seat on the Mid Ulster District Super Council.

The Clogher man polled 1,022 votes, but did not gain one of the six seats.

Mr Somerville is a close friend of MP Tom Elliott and was actively involved in his election campaign, out on the canvass trail for seven weeks. He hopes to build upon the Ballinamallard man’s work and is looking forward to the challenge.

“When I was in Dungannon South Tyrone Borough Council I would have dealt with a lot of issues out on the ground. Any promises I made to people I followed them through, I was one hundred percent committed to the job and that’s the way I hope to approach my time as MLA.