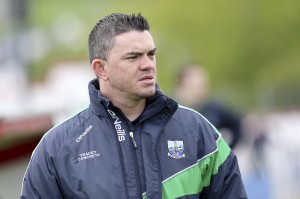 Fermanagh are searching for a new minor manager after Niall Jackman handed in his resignation last week.

Fermanagh are searching for a new minor manager after Niall Jackman handed in his resignation last week.

The Maguiresbridge club man, who was entering his second year in the role, has had to step down due to work commitments.

Fermanagh chairman, Patsy Dolan revealed the news at County Convention in Belcoo on Monday night but he assured delegates that the county were going to act quickly and that clubs could ‘expect and early appointment of a new management.’

It is understood that Keith Reilly, former Maguiresbridge manager, who had been working as a selector with Jackman is still involved at present and he may well be an early front runner for the position.

The Fermanagh minors suffered a heavy defeat at the hands of Antrim in the Championship last year although Dolan in his address to the meeting said that, “The results on the field of play did not reflect the work put in by the manager, Niall Jackman, his background team and players.”

Tall order for St Michael’s in MacRory
The draw for the knock out stages of the MacRory cup were made on Monday at Malone House in Belfast.

“Colman’s are a good side obviously in the play-offs,” said St Michael’s star Lee Brennan at the draw. “To get Bessbrook then in the quarter-finals is going to be tough, but sure we’ll work hard over the Christmas.

“The teams are getting better and better over the years. I was lucky enough to win a MacRory in my first year, but with the standard of play from every team, never mind the top teams, it’s going to be tough.

“You can never call who’s going to win.”