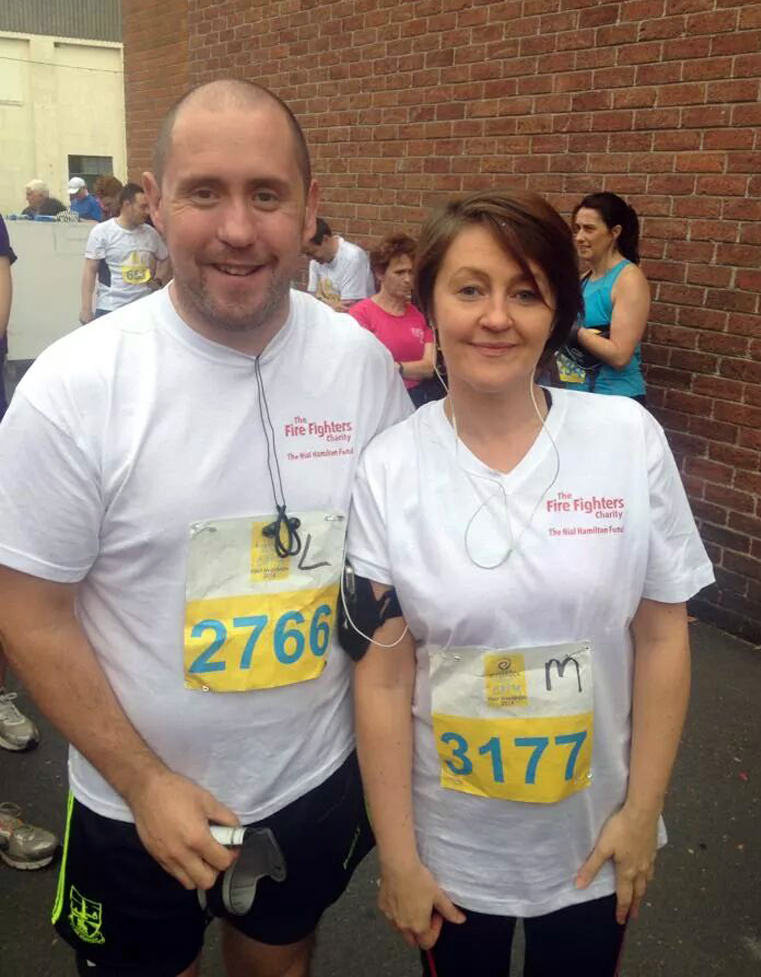 TWO friends of the late Nial Hamilton, the local fire-fighter who died while on duty in February, completed the Belfast half-marathon in his memory.

Nial, 44, who lived in Enniskillen with his wife, Ruth and two children Alex and Rory, died after collapsing while on duty in Lurgan on February 10.

And, last weekend, Mandy Vance, Lisbellaw and Kevin Connors, Enniskillen, ran the Belfast half marathon to raise money for the Fire fighters charity and the Nial Hamilton fund.

Mandy and Kevin met Nial through his involvement in the Westville Family Resource Centre’s, ‘Not So Strictly Come Dancing’.

In 2012, Mandy was Nial’s partner in the fundraising competition, while Kevin met him through his involvement last year.

The pair had been training for the Enniskillen 10k and wanted to do something in Nial’s memory.

“Kevin suggested the half marathon,” explained Mandy, “We knew his colleagues in the fire service had been fundraising also. They have set up the Nial Hamilton fund and the firefighters’ charity, so money is going to that.”

Kevin added: “Nial was just the nicest guy you’d ever meet. Any time you met it was as if you’d known him all your life. He loved his family.

“It was heartbreaking when he died. The run was tough and, at times, it was getting tight but you just remember who you were doing it for and you went on.”

The pair had been training since April, and while the run was ‘tough’, Mandy recalled how a fire engine drove past at one stage, and a song that Nial and she jived to in ‘Strictly’ came on her iPod.

Kevin concluded: “It was emotional, but nothing was going to hold us back doing it. At the end of the day we were doing it for Nial.” 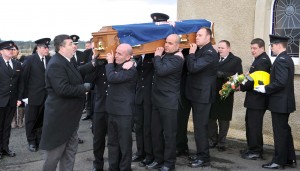 Tributes paid to a loving family man and dedicated colleague

HUNDREDS of mourners at the funeral of Nial Hamilton heard how the fireman ‘to his core’ dedicated his life... 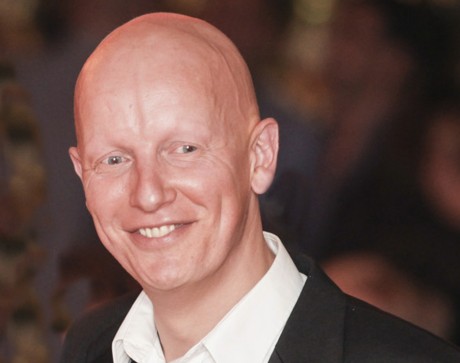 A FATHER-of-two from Enniskillen has died while on fire-fighting duty.