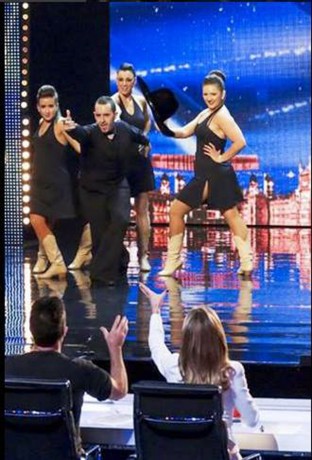 A FERMANAGH based line-dancing teacher can boast that not only did he manage to get a smile out off TV’s Mr Angry – Simon Cowell – but he also secured a standing ovation from the Britain’s Got Talent audience.

29-year-old Fred Whitehouse, who teaches the ‘Strutting Stars’ in Lisnaskea and in secondary schools throughout Fermanagh, was part of the 17 strong group ‘CountryVive’ that got all four Britain’s Got Talent judges on their feet.

Their energetic audition also had the audience of thousands in the Birmingham NEC going wild, leaving Cowell, Amanda Holden, Alesha Dixon and David Walliams in no doubt that they had to send them through to the next stage of the competition.

Fred, from Stewartstown in Co Tyrone, is joined in CountryVive by 17 of the top country dancers in the UK, including Shane McKeever from Crossmaglen and Laura Carvill from Armagh, with the rest are from England, Scotland and Wales.

The act started with Shane walking out alone to face the judges who believed he was a solo act. But when the music and bass kicked in, he was soon joined by Fred and the rest of the troop from the wings all dressed in black.

At one stage Fred and the other three male dancers threw their cowboy hats to the judges, with all except grumpy Cowell putting them on and letting out a few ‘yeeee-haaaas’.

“You’ve taken it to a whole new level,” stated Simon. While David said, “My oh my. You are the answer to our prayers, a brilliant dance group with a difference.”
Speaking after their thumbs up from the judges Fred said they never expected a reaction like this.

“It was crazy,” Fred admitted. “I wasn’t that nervous but dancing in front of Simon Cowell was a strange experience and the reaction we received from the audience was just ridiculous. Something I will never forget. Our idea was to hit them by surprise by letting Shane go out and hold the stage by himself as we then exploded on.

“To get Simon standing up and the others all tapping their feet blew our minds. Line-dancing is usually looked down upon so to get these guys on their feet and have them giving us such amazing comments was unbelievable.

“We were looking to break down a few stereotypes about line-dancing and I think we certainly did that.”

Fred and the group are now waiting anxiously for the audition stage to be over to see if the judges have selected them to perform again in the live semi-finals. But during that wait the group are getting prepared with a new routine that may have another few surprises.

Fred, who is the only male ever to have won all divisions at the World Championships consecutively in the open age division, is one of the more experienced members of the group that ranges in age from 15 to 32.

Excited by have showcased line-dancing in such a positive light, Fred is calling on everyone in Fermanagh to stay tuned and vote for the dancers if the reach the live stages.

He said, “This is modern line-dance.

“It’s not at all what people think. This was just a snippet of our act and we just hope we get a chance to show everyone what we can do.” 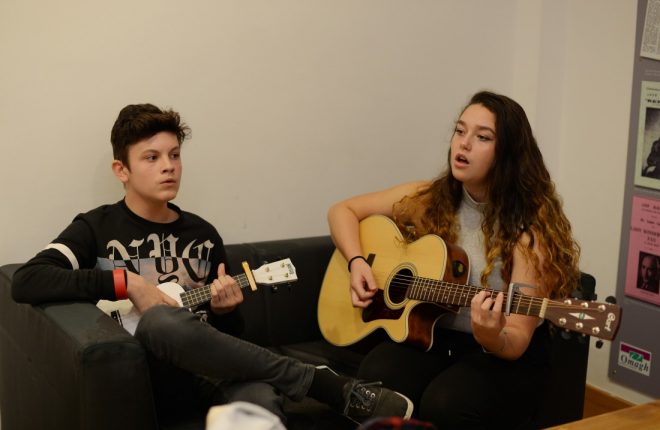 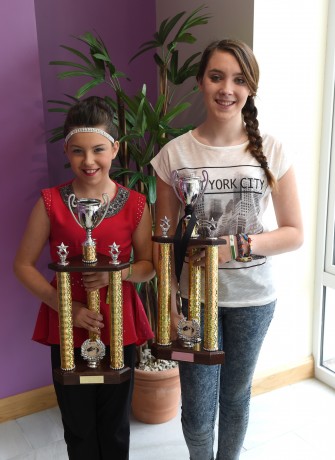 Success at Dance Masters for Lauryn and Ellie 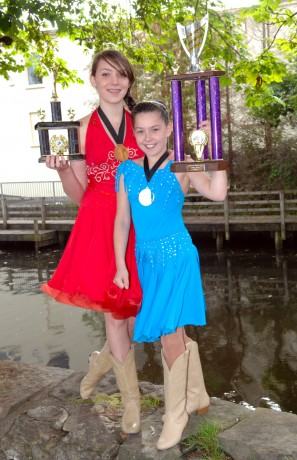 TWO youngsters from the Movers and Groovers Line Dancing Club, Newtownbutler recently left their mark at world level when...