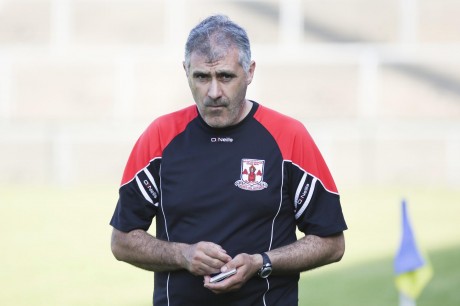 It is believed to be one of the biggest alleged VAT fraud cases in Northern Ireland.

All of the charges relate to Moane Contracts Ltd.

He originally faced 27 similar charge for various amounts, but Crown Prosecutor Jonathan Lowry told the court that two were withdrawn.

His wife Dympna (44) who is his co-accused, is charged with making a false VAT return for Moane Contracts Ltd, claiming a VAT repayment of £19,600 in 2006.

She is also charged with acquiring criminal property in VAT repayment in a period from March 1 2006 to June 30 2012.

Declan McAleer, defence counsel for Dympna Moane applied for the two charges against Mrs Moane, to be struck out.

One was struck out, and the court heard that the application to strike out the other charge would be heard on Friday.

Gerry Moane was wearing a black leather jacket and black trousers while Dympna Moane wore a black jacket and a blue jumper and dark trousers.

The defendant spoke only to enter a plea of not guilty during the fifteen minute hearing as the couple sat side by side at the back of the court.

The court heard the trial could take up to three weeks.

Judge Gemma Loughran adjourned the case until May 19, and ruled that the defence should have the forensic accountants report by May 6.

Caught on camera… Fermanagh now gets its own TV ad

Tourists flock to Fermanagh for ‘a day in the bog’

Man of vision ‘had a huge impact on life in Fermanagh’

Tourists flock to Fermanagh for ‘a day in the bog’