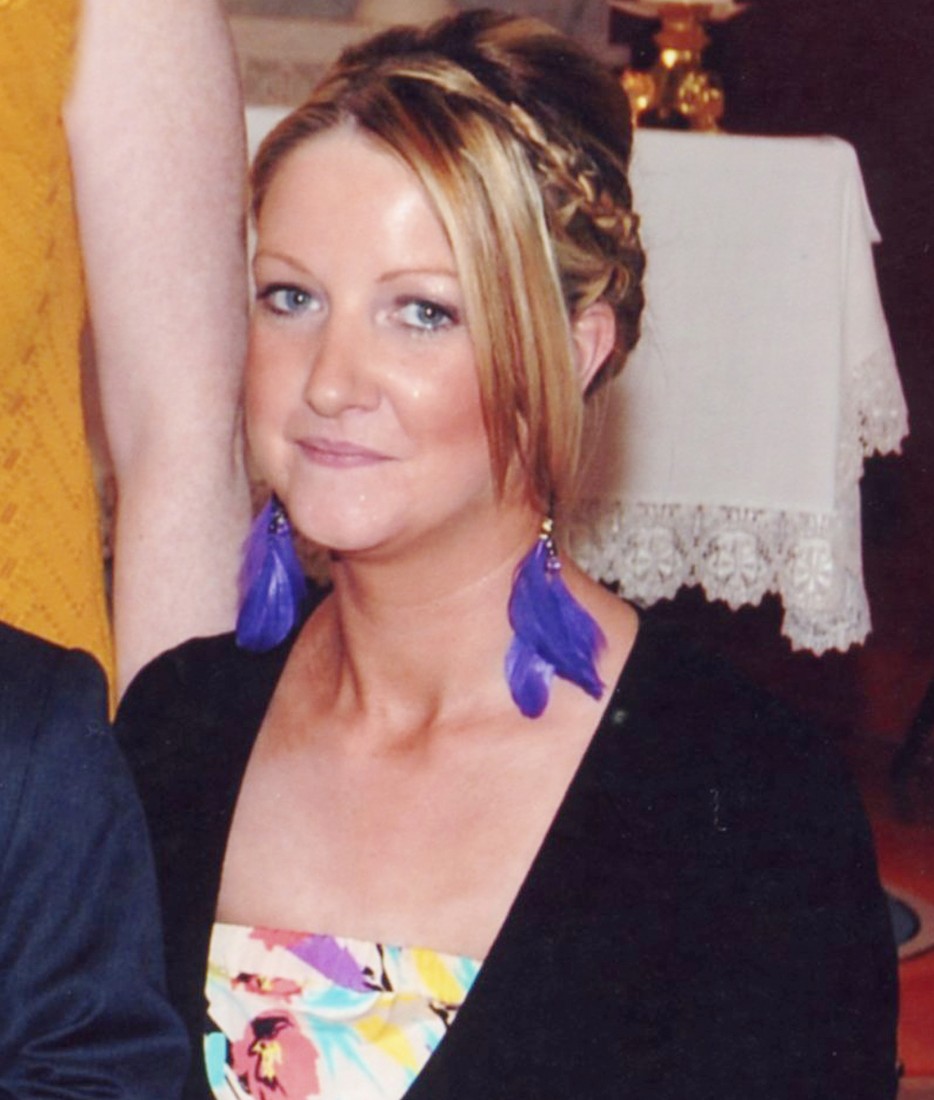 Olivia Reilly was laid to rest this morning (Wednesday)

TWO communities are in shock, and mourning, following the double deaths at separate locations in Lisnaskea at the week-end of two young people.

An added poignancy to their deaths is that each had a sibling die tragically. The two were not related, and it is not thought they knew each other as close friends.

The first death was that of 29-year care worker and mother of one, Olivia Reilly who lived with her 9-year old son, Kevin Tierney in Tirnoogan Close, Kinawley.

Her body was found at a house in Trasna Way, Lisnaskea. A Police spokesman said an ambulance was called to the scene at around 7.30 on Sunday evening.

The second death was that of 36-year old Noel Reilly. His death was reported to police shortly after midday on Monday, 5th August.

He lived on his own in Carrowshee Avenue, Lisnaskea. Although he was unemployed at the time of his death, Noel worked periodically for local tarmac spraying firms.

He was a former All-Ireland champion Irish dancer who was twice selected for the Comhaltas ‘Taste of Ireland’ tour to America.

Although resident in Kinawley, some of Olivia’s work colleagues with Enable Home Care live in Lisnaskea, and she would socialise with them.

Fr Gabriel Kelly, who is curate in Kinawley, was called to administer the Last Rites.

“She was already dead when I arrived. Her older brother, Kevin died tragically 11 years ago (as a result of a drowning accident), so it is very difficult for the family. She was the baby of the family. Her mother and father, and naturally her siblings, are just devastated.

“They only heard the news a short time before I did.”

Noel Reilly’s father, Brian told the ‘Herald’ he feared the worst when he went straight to his son’s home after hearing a rumour he was dead.

“I was doing errands down the town, and it was my daughter who asked me if I had heard about it. I went straight to the house and, as soon as I turned the corner, I saw the police car, and that was it. I knew that it wasn’t rumours.”

He explained that his daughter, Martina, the eldest in the family of eight, died at the age of 8 in a house fire in Trasna Way where the family once lived, in May, 1982.

And, it was while Brian and his wife, Pam were in their son’s house that the parish priest  of Lisnaskea, Canon Joseph Mullin called to administer the Last Rites.

He too had called at the house in Trasna Way where Olivia was found dead and, coming back at about midday on Monday, he heard the rumour about Noel.

In a statement, he said: “Monday, 5th August has been a dreadful day in our parish. Two of our young people have lost their lives and we are trying to support families who are faced with the shock and tragedy.

“The death of younger people in heartbreaking because, with the loss of a young life, we not only lose the person, but we also lose the hopes, the dreams and the possibilities their futures might have brought.”

He went on: “The people of this parish are a close community. They share joys and sorrows, so the pain suffered by the bereaved is felt deeply by all of us.

“We offer our support and our deepest sympathy to both families, and we pray that God will comfort the bereaved in these dark days of devastating loss.”