IT IS understood An Garda Siochana have launched a significant security operation, including deploying armed officers, to protect Mannok directors after receiving intelligence that their safety was at risk.
The Irish Independent has reported that Garda chiefs ordered the launch of the operation last Thursday after receiving “credible” information that an attack on the five directors at the company was “imminent.”
All five men have been informed of the threat, believed to be the most serious since Kevin Lunney was kidnapped from outside his home in Fermanagh and taken to Cavan where he was seriously assaulted in September, 2019.
The Independent has reported that armed Garda officers have been deployed to protect Tony Lunney, John McCartin and Dara O’Reilly, who have been deemed as being most at threat as a result of the latest threat.
The paper has also reported claims from its sources that the “paymaster” who was responsible for ordering the September 2019 attack on Mr Lunney may now have hired “two known republican terrorists” from the North to attack the directors who live in Cavan and Leitrim.
“The threats are being taken very seriously and an operation is in place to ensure that no one is at risk,” said the paper’s source.
The latest threat could be a sign of a return to a previous campaign of harassment and intimidation against the directors of the company, formerly known as Quinn Industrial Holdings and previously owned by Sean Quinn.
Mr Quinn has repeatedly and consistently condemned the attacks on the directors, stating they were not being carried out in his name, and had also harmed his family.
The campaign had appeared to have receded in the wake of the lengthy sentences handed to three men convicted of the abduction and assault of Mr Lunney, with each sentenced to between 15-30 years for their roles in the horrific incident.
With Gardai still investigating who had masterminded the attacks, the Independent stated its sources have claimed that mastermind has since been trying to find criminals to carry out further attacks on the directors.
“The attack on Kevin Lunney was a step too far, and most criminals will run a mile from getting involved no matter how much cash is on the table, especially after seeing the long sentences handed down to the culprits of that crime,” said the Independent’s source.
“That is why is has taken so long to find replacements for Dublin Jimmy and to escalate threat levels.”
Meanwhile, RTE has confirmed it has no scheduled release date for the three-part documentary series, ‘Quinn Country,” which had been due to air in early 2022.
Featuring interviews with Mr Quinn, and exploring his career, the Irish state broadcaster had previously postponed broadcasting after Mr Lunney and the Mannok directors expressed “grave concerns” that its release may inflame tensions and incite the small group involved in violence against them.
RTE also postponed the documentary due to legal sensitivities, with all three men convicted of the attack on Mr Lunney currently appealing their sentences. 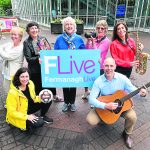