Advertisement
HomeHeadlineTowns Cup win – Captain Cathcart savours special moment
Advertisement
Ryan Cathcart was immensely proud to inscribe his name in history, as he became the first Enniskillen captain to lift the Towns Cup in 82 years.
The hooker led the side that beat Ballyclare 19-0 in the Kingspan final and bring the cup back to Fermanagh for the first time since 1937.
“It means everything to be honest, it is unbelievable, you don’t really plan for days like this the boys keep putting the effort in and everything just clicks a few times and you end up here.
“We had the belief it was possible and that we could do it, but until the job it was done it hasn’t really hit me yet,” said Cathcart
Enniskillen lost back to back finals in 2016 and 2017 and Cathcart was determined it wasn’t going to be another Bank Holiday Monday to forget.
“I suppose they was a sense of things missing the last times and reasons why it didn’t happen this time I think there was a feeling that we did everything we absolutely we could and we prepared in every way possible and that definitely gave us a wee bit of belief.
“It definitely helped that we had been here a couple of times before. Always being the bridesmaid it can get into your psyche a wee bit, and just because you have fell at the last hurdle so many times it doesn’t mean it is definitely going to happen.
“Right up to the end we had to put everything into it to get the result.”
Cathcart was delighted with how Skins executed their game plan.
“Possibly because we don’t have a massive player depth cup rugby suits us very well. We focus on one game at a time. We can focus on getting everyone fit for it, the league is a long slog and we have become very good at the league, but the cup structure has always suited us better.
“We have been preparing for one game for six weeks and it means we can throw so much into the 80 minutes and we did that. It can go the other way you could be emotionally drained coming into a day like this after looking forward to it for so long, but luckily it went the right for us and everybody just emptied everything into it.
“Ballyclare were the favourites and rightly so but we knew if our attitude was right they were there for the taking.”
Enniskillen scored three tries while their defence gave nothing away, becoming to the first team to mount a final shut-out since Clogher Valley whitewashed Ballymena II 11-0 in 2012.
“It was really pleasing, but until you actually see the score board it really doesn’t feel like it, it felt like we just had to fight for everything. We know they had a really dangerous back line and we stopped them from operating as well as they would have liked by putting a lot of pressure on defensively, right up to the end we were attacking hard, but there was always a fear that they could easily go away and get a try because we know how dangerous they were.”
Captain Cathcart is hoping the Towns Cup is the first of many trophies for the club.
“You’d like to think success breeds success and that will give a bit of hunger to the younger guys coming up and bring a few guys into the club, we don’t want to wait the guts of another century to get another Towns Cup we want to go on from this and achieve other things and hopefully that will happen for us.” 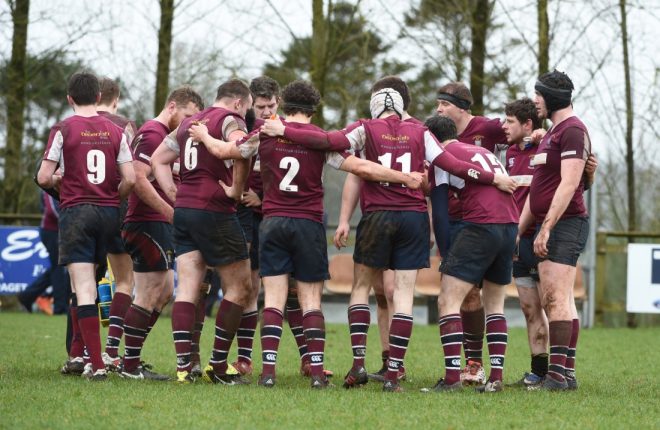 Skins can do the business in tomorrow’s Towns Cup final

Just over 12 months ago Davy Buchanan was left devastated on the Kingspan Stadium turf as Enniskillen’s challenge for... 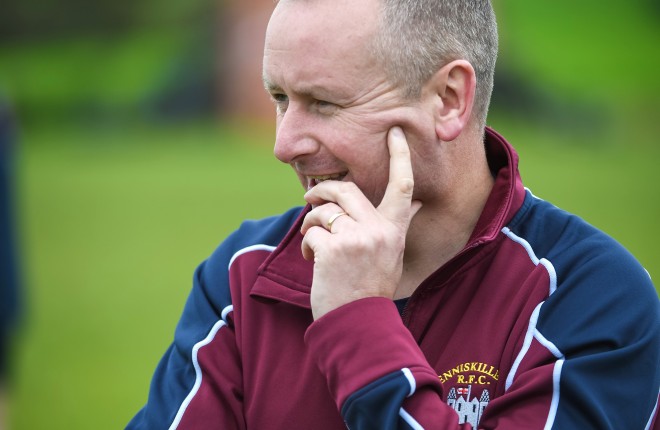 Skins up for a spot of giant killing

Enniskillen are back in the Towns Cup final for the first time since 2007 and chasing a first win...