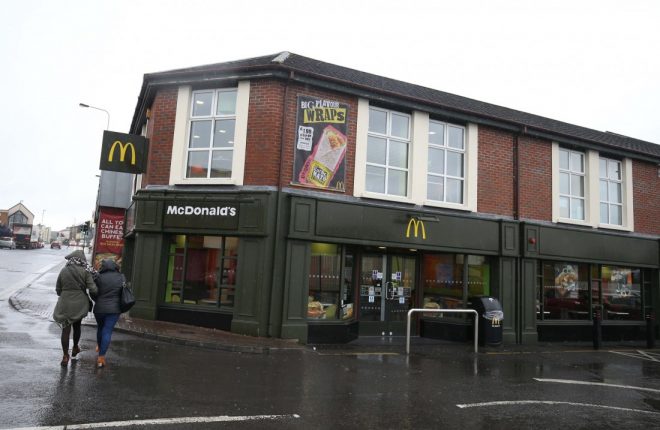 The incident occurred at McDonald’s in Enniskillen.

A 16-year-old boy has been ordered to apologise to staff at McDonald’s in Enniskillen over his “completely unacceptable” behaviour in the restaurant during an incident last summer.
The teenager appeared before Enniskillen Magistrates Youth Court on Wednesday for sentencing after pleading guilty to using disorderly behaviour and causing criminal damage on July 18th last. The court heard that police were contacted by staff at McDonald’s at Cathcart Square in Enniskillen who reported that a group of youths were causing a disturbance on the premises. During the incident, damage was also caused to glass doors at the restaurant. Police later came upon a group of youths matching a description of those who had been in McDonald’s earlier, including the defendant who was arrested. He was later identified on CCTV as among those who had inflicted the damage at McDonald’s.
Addressing the court, defence solicitor Michelle McVeigh said her client was studying for his GCSE’s and has been engaging well with Youth Justice Agency.
“My client has a significant issue with alcohol but admitted his guilt at the first opportunity. The case plan that has been prepared would address the alcohol issue. He has a very limited record and hopes to not come to the court’s attention again,” she added.
Deputy District Judge Amanda Brady noted from the youth conference report prepared for the case that the defendant was taking steps to address his issues.
“Your behaviour that night was completely unacceptable but you have clearly addressed the fact that you need to change your behaviour,” she told the defendant.
In relation to the two incidents, the judge imposed a six-month youth conference plan with a number of conditions, such as the defendant writing a letter of apology to staff at McDonald’s within three months and also not entering the restaurant for a period of six months.

The teen had to apologise to the manager of McDonald’s in Enniskillen after being abusive to restaurant staff. 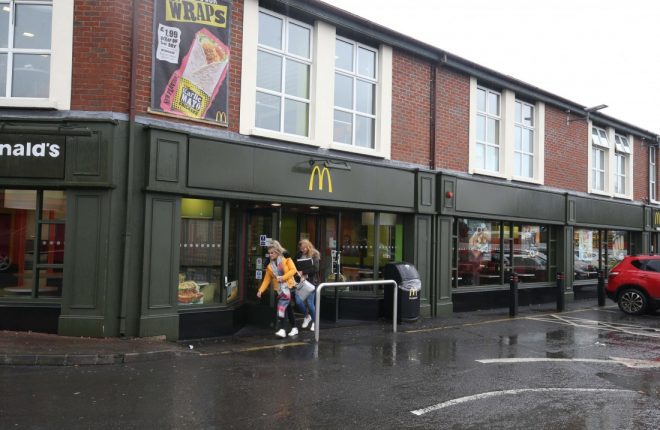 McDonald’s site goes on the market for £895k

The prime Enniskillen site went on sale earlier this week.