Advertisement
HomeHeadlineLooking for love? Cupid Claire may have the answer!
Advertisement 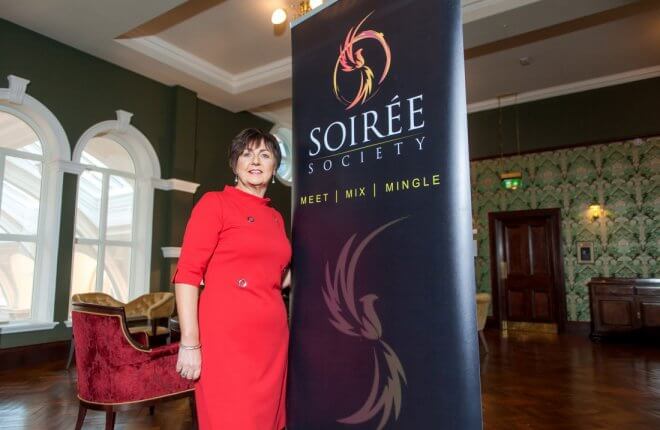 ON THIS, the most romantic day of the year it can be a very lonely one for those still searching for love but fear not Fermanagh singletons, help is at hand!
Retired bank manager, Claire Hughes founded Soirée Society, the North’s only professional approved and award-winning matchmaking company in 2014.
Originally from Cookstown, happily married mum of two Claire is no stranger to Enniskillen having started out her banking career in the First Trust Bank (formerly AIB) in 1977.
She recalls: “I started in the Dungannon branch and just after one month, I was transferred to what I thought at the time was the opposite end of the earth – Enniskillen. I had never been there and I had to look it up on a map!
“For the first two weeks I stayed in the Killyhelvin and then the Railway Hotels to be closer to the branch. Despite the lovely accommodation and hospitality, it was the loneliest two weeks of my life. I remember going home the first weekend and in the middle of a Chinese restaurant with my boyfriend (now husband), I burst out crying and said I was going to leave. He persuaded me to give it a couple of more weeks and the rest is history!”
Claire worked her way up the career ladder and was later promoted to manage the Dromore branch before taking early retirement after 35 years in November 2012. She set up Soirée Society as a refreshingly different alternative to what was out there in the Northern Ireland dating market.
“The idea for the business was completely random and was sparked by a conversation with a good friend in her mid-thirties. She explained how difficult it was for single professionals to meet a partner who was interested in a genuine long term relationship that could lead to marriage and a family, rather than just a casual one night stand.
“Being in a professional career she did not want to use online dating due to the lack of privacy and confidentiality. She was also very wary of online dating due to the high number of reported false profiles and scams.
“To be honest, I was very surprised to learn that it was so difficult to meet a partner for as a happily married woman for over 35 years at the time, I didn’t really understand how the dating scene had changed so much!”
Claire says that even though Northern Ireland is a very small place, location can be a barrier to meeting someone.
“80% of our client base either works or lives in the Belfast area and we find that their desired location area for a partner rarely goes West of the Bann. We are therefore very keen to extend our business into Fermanagh and allow us to provide the perfect solution to the problem.
“To do this we need a good gender mix. Our membership age criteria is 25-75 and as we have a lot of females in the 50 plus category we would especially welcome applications from males in the age range 55-65.
“The ideal solution would be if each new female introduced us to a new male client and in that way we would be in a position to share the love! We hasten to add that it isn’t all about romance as some people seek friendship and companionship initially.”
Claire’s busiest two months of the year for enquiries are January and February, adding that February 14th can be especially difficult for people who are still searching for a relationship.
“Valentine’s Day is one of the most dreaded days of the year and on a par with New Year’s Eve or being invited to a wedding and not having a ‘plus one’. Being on the periphery of all the merriment and the fact that the weather is often dark, wet and gloomy, it doesn’t encourage people to go out and can often accentuate feelings of being single and alone.”
She adds: “The chances of Prince Charming or a beautiful princess coming knocking on your door to ask you out are pretty slim. While you might have a good social life going out with friends, it takes a very brave man or woman to break into company to start up a conversation, never mind asking you out.” 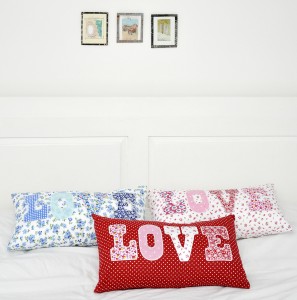 Love is in the air

There’s a whole lot of love going on here in Fermanagh. From the moment the Christmas cards were taken...