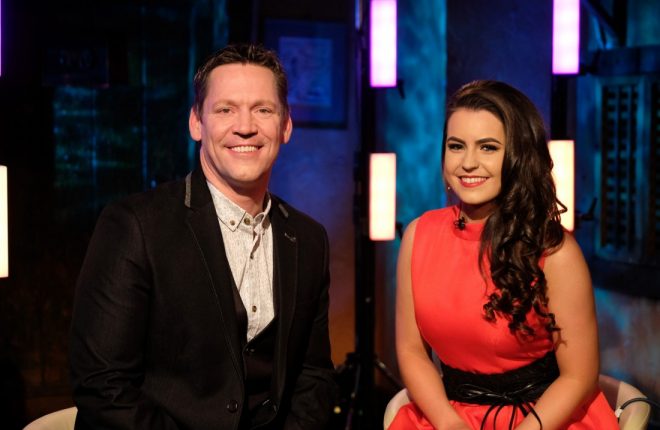 Local girl, Alanna Maher has been making a name for herself on the Country music scene as she reached the semi finals of TG4’s ‘Glor Tire’.
Alanna who is 21, and from Swanlinbar appeared on the show with her mentor Robert Mizzell and reached the top five contestants in the competition.
The young musician now has plans to release her own single.
“I’m in the process of recording a new single, so it should be released in the near future. I’m just taking everything step by step at the moment and trying to take every opportunity I can.
In the future I would love to put a band on the road, but for now, I’m going to keep gigging and doing what I’m doing and hope that it pays off,” said Alanna.
County music has been in Alanna’s life from a very young age, and she has been performing for the past three years.
“My aunt owned a pub in Swanlinbar and she always had Country bands in there every weekend, so I grew up listening and jiving to it. From that, I started going to dances with my family and friends and fortunately, with the help of some local singers, I began gigging when I was 18.”
‘Glor Tire’ provided the perfect opportunity for Alanna to gain experience on stage and learn the tricks of the trade. Speaking of her journey through the show, Alanna told the Herald,
“I loved every second of it. It was an amazing experience for me and a brilliant opportunity for me to build up my profile as a singer and I also made some brilliant friends during the process which was a bonus.
My favourite parts were singing the duet with Robert Mizzell and the Country Kings and getting the opportunity to sing on stage with such amazing musicians throughout the whole competition,” said Alanna.