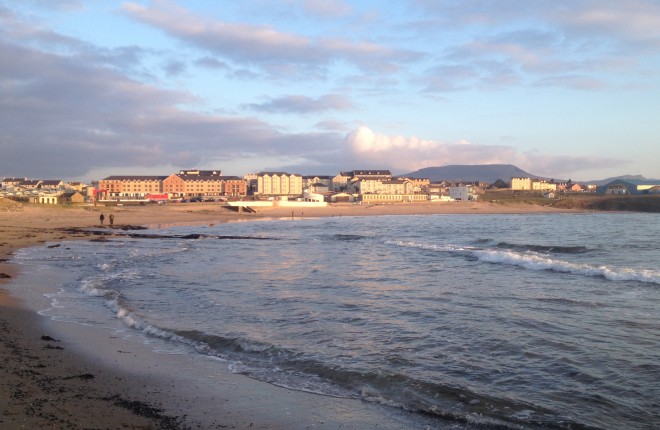 FERMANAGH dog and horse owners who enjoy bringing their furry friends down for a splash at the beach have been warned they could need “pet passports” to cross the border following Brexit.
The claim came “straight from the horses mouth”, as it were, last week when ex-European Commission customs chief Michael Lux told the Northern Ireland Affairs Committee that Brussels would insist the Irish Government enforces EU customs rules after Brexit, and that they would face penalties if they did not abide by regulations such as with pet crossings.
“There are specific rules on what kind of document you have to have if you bring your dog from outside the Union. You need to have a specific document for that,” said Mr Lux, referring to border dog walkers.
“I have horses. If you bring a horse over the border, even by riding over the border, you must have a specific document with you.”
This has worried some pet owners here in the county, many of whom regularly take their animals to the beaches of Donegal.
One local mother who regularly takes the family dog to the beach said if Mr Lux’s warnings come to pass it would be enough to stop their weekend days out.
“It’s just the having to have the papers with you and proving it [has had all its injections]. You’d probably just not bother crossing the border to go through and maybe end up sitting in a queue,” she said.
“Can you imagine what it would be like in July, when everybody in Fermanagh heads to Rossnowlagh? It’s bad enough, that’s the last thing we’d want.”
Local horse owner Peter Little, who enjoys a seaside ride, was a little less worried, stating he believed common sense would prevail.
“It’s something that will be sorted out,” he said. “I think there will be a pragmatic approach to it. It won’t affect me or others any time soon.”
Dog owner and Green Party candidate Tanya Jones said the customs issue was about more than just pet crossings, pointing to potential problems such as with the transport of dairy goods across the border or the stopping of commercial vehicles.
Ms Jones said while the UK could chose not to impose checkpoints on the border post-Brexit, Ireland would have to abide by EU rules.
“So yes, all of us who like to take our dogs up for a run on the Donegal beaches will have to be prepared to have some sort of ‘pet passport’ for them,” she said. “To be honest, I am much more concerned for the farmers and local businesses for whom a hard Brexit won’t just be an inconvenience but a disaster.”