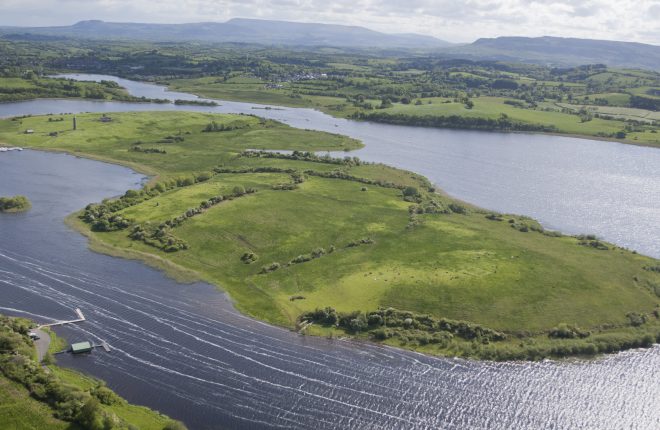 THE idyllic setting of Devenish Island was the scene of a tragic incident over the bank holiday weekend in which one woman was critically injured and a family dog was killed.
The incident, which the Herald understands involved a cow, happened on the ancient monastic island on Sunday morning past, August 28, sometime before 10.30am.
Enniskillen RNLI crew members had been performing training exercises in the area at the time and were tasked by the Coast Guard to assist with the incident.
While some crew members performed casualty care on the woman, who had been accompanied by her son who was thankfully uninjured, fellow crew members returned to the mainland to transfer paramedics back to the island.
The woman was then airlifted by the Sligo Rescue 119 helicopter to the South West Acute Hospital (SWAH) before being transferred on the Royal Victoria Hospital in Belfast. It is understood her injuries are serious but not life-threatening.
The volunteer RNLI crew then returned the woman’s family, their boat and their dog to the Manor House marina, were they met with a waiting vet to attend the dog’s injuries. The Herald has learned, however, the family dog has since died.
The family had been visiting the island on a private cruiser and were not part of a local tour when the incident happened.
Meanwhile, later on Sunday, Carrybridge RNLI were tasked to assist a tourist on a cruiser at Tully Jetty on the Upper Lough who had fallen and suffered bleeding and a suspected broken leg.
The crew arrived at the scene shortly after 6pm and assisted a paramedic in casualty care. They then transferred the tourist to another jetty close by where there was a waiting ambulance, and they were transferred to the SWAH.