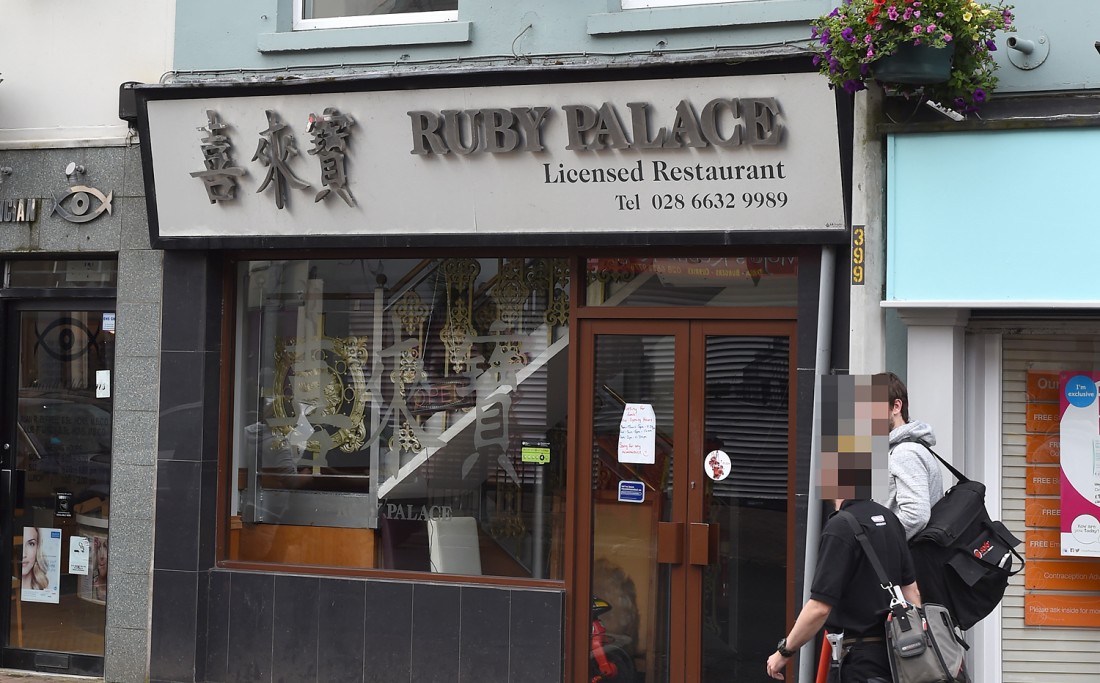 Two men have been arrested in Enniskillen following an illegal working operation by a Home Office immigration enforcement team.

Two Chinese men, aged 35 and 39, who were found working in the kitchen, were arrested when it was found that they were in the country illegally.

Both men are currently in Home Office detention while steps are taken to remove them from the country.

Ruby Palace was served with a notice warning that a civil penalty of up to £20,000 per illegal worker will be imposed unless proof is provided that the correct right-to-work checks were carried out, such as seeing a passport or official Home Office document. This is a potential total of up to £40,000.

“These arrests are a clear warning to those in Northern Ireland abusing our immigration laws. There will be no slowdown in our efforts to arrest, detain and remove offenders from the UK.

“Information from the public can be a huge help in our work and I would urge those with information about suspected immigration abuse to get in touch.”