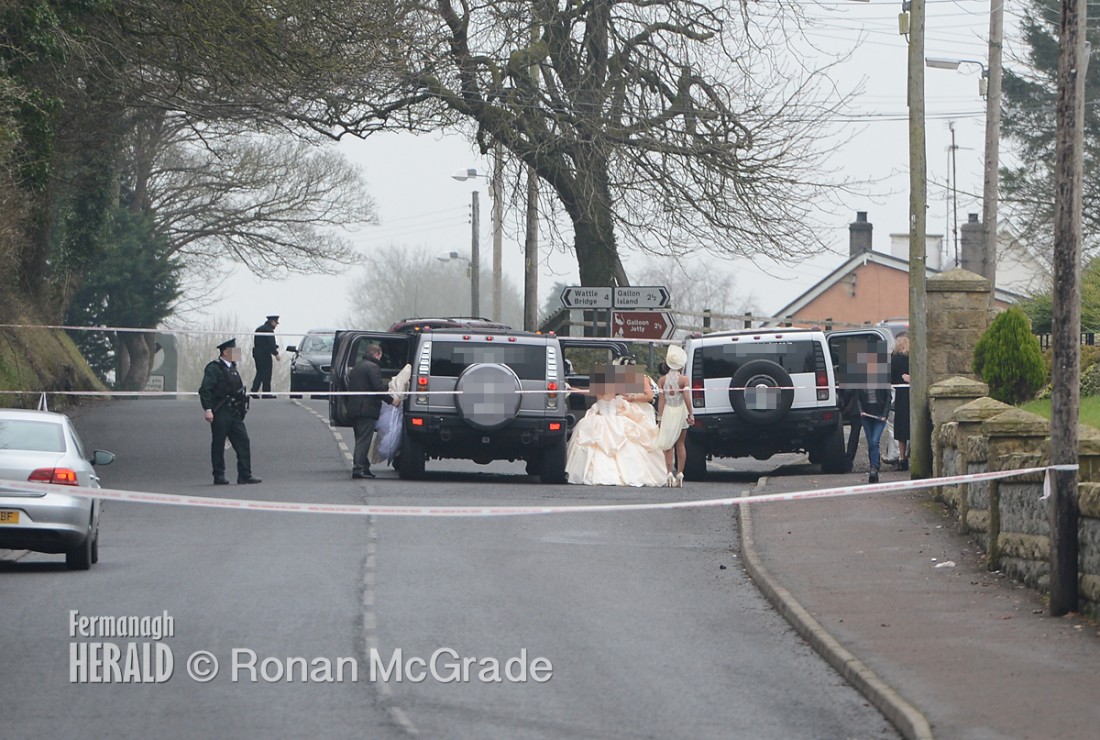 The scene in Newtowbutler today following the shooting

A man in his 60s has died after being shot outside the  Church of the Immaculate Conception in Newtownbuter where a wedding was taking place.

It happened in the village shortly after one o’clock this afternoon.

The man was flown by helicopter to the South West Acute Hospital in Enniskillen but died from his injuries.

Another man, who is in his 30s, was also shot. His injuries are not thought to be life-threatening.

Bridge Street, Newtownbutler, has been closed between the roundabout and Landbrock Road.

A spokesperson for the Northern Ireland Ambulance Service said three people had been taken to hospital with gunshot wounds.

More on Fermanaghherald.com as we get it