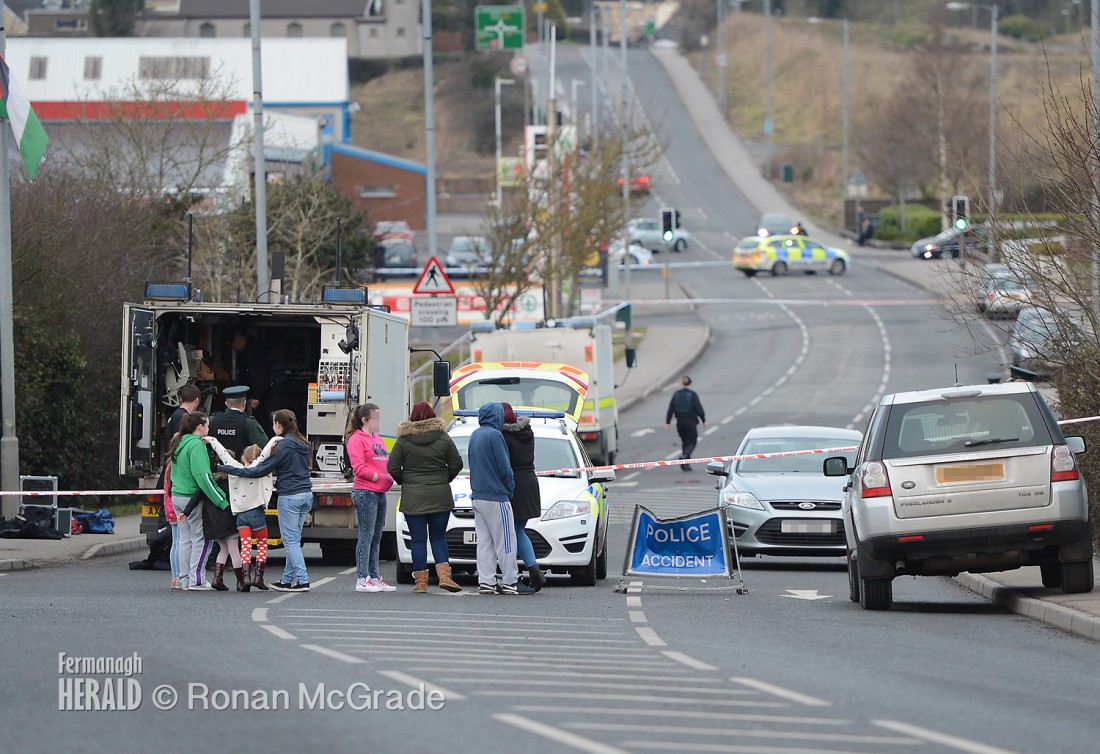 The scene at Cornagrade Road, Enniskillen

A NUMBER OF homes had to be evacuated in Enniskillen at the weekend during a security alert.

One resident of Hillview, where the alert occurred, told the Herald he had driven from his home when he came upon a police cordon.
“Some residents were walking past and I asked them what was happening and they said it must have been a bomb exploded. When I came back a short time later, everything was cleared.”

Police attended the scene of the security alert earlier in the Hillview Road area following the discovery of a suspicious object on Sunday morning.
A PSNI spokesman said a number of homes in the area were evacuated, and the Hillview Road was closed between Cornagrade Road and Hillview Park, and the Cornagrade Road was also closed between Kilmacormick Road and Corban Avenue for a number of hours while investigations were carried out.”

Inspector Keith Hicks confirmed that police along with British Army technical officers examined a suspicious object discovered in the area.
“Following a controlled explosion, they declared it to be nothing untoward. Later in the afternoon, roads were re-opened and evacuated residents were allowed to return to their homes.”