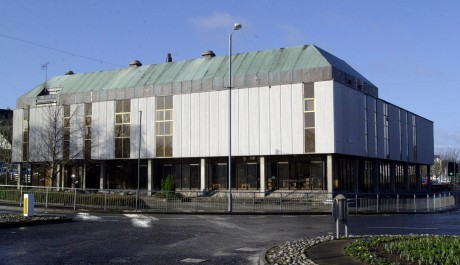 Although Libraries NI say the changed are temporary, there are fears that the evening service, which was especially popular with students and older people, will not be restored.

While Lisnaskea and Irvinestown libraries are escaping the cuts, the reduction in opening hours will see be introduced on Wednesdays and Thursdays, starting from next week.

A spokesman for Libraries NI claimed the reduction in opening hours was temporary and that it was one of the measures that had been implemented to make £1.4 million of savings by March 2015 as a result of the Libraries NI budget being cut by 4.4%.

A spokesman for Libraries NI said staffing levels in all libraries had been reviewed to ensure they remain open at busiest times and to prevent disruption to core services and programmes.

“Every effort will be made to adhere to the published temporary opening hours. However, temporary ad hoc closures or changes to opening hours may occur. Advance notice will be given where possible.”

Customers are advised, if in doubt, to check the Libraries NI website for the latest information or to telephone their local library.

“We deeply regret having to take this course of action. The impact of these changes cannot be minimised as many in society now rely on the Wi-Fi access, new computer equipment and faster broadband connections available in all libraries.”

She said she was grateful to all of the staff in Libraries NI who had worked together in a very positive manner over the last month to reorganise their rotas to facilitate the revised opening hours.

“This is a difficult time for everyone involved, but I know that library staff will continue to do everything that they can to provide high quality services for our customers.”

For a full list of libraries affected by these changes, readers should go to www.librariesni.org.uk