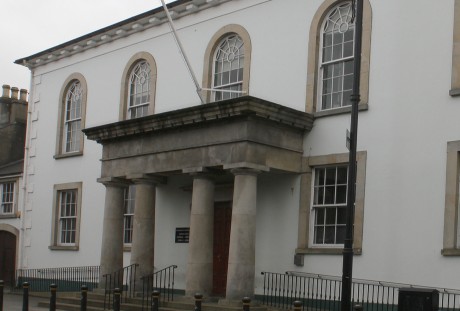 A 35-year-old man who has an “appalling” driving record has been hit with a second driving ban after he was caught without car insurance, Fermanagh court has heard.

Robert Hilland, of Cooneen Road, Fivemiletown, pleaded guilty to driving without insurance and no driving licence when he appeared before Enniskillen Magistrates Court.

Unemployed Hilland was banned from driving for 12 months and fined a total of £185.

A prosecutor was told that on August 12, at around 8.40pm, police were carrying out a checkpoint along the Cooneen Road, near Fivemiletown when they stopped the driver of a Volkswagen Sharan.

Officers spoke to the driver, who identified himself as the defendant, and was asked for his driving licence.

After telling officers he was not able to, Hilland was asked to produce his driving documents to a police station within seven days.

However, police made checks a few weeks later and discovered they had not been produced.

The court also heard Hilland has a relevant record.

A defence solicitor for Hilland said the facts surrounding the incident were accepted and admitted by the defendant.

“He has not been able to give an explanation for his actions other than he was foolish,” the solicitor added.

“He has a significant record for traffic offences, but it has been six years since he was convicted of this type of offence.

“He has removed himself from driving completely.”

Deputy Judge Terence Dunlop stated that he has an “appalling record for this type of behaviour”.

He also stated that the defendant had been re-tested after he was banned from driving before these offences occurred.

“He does not seem to have learned from any lessons,” he added.

An Enniskillen man has been fined a total of £300 for failing to provide police with a breath sample...