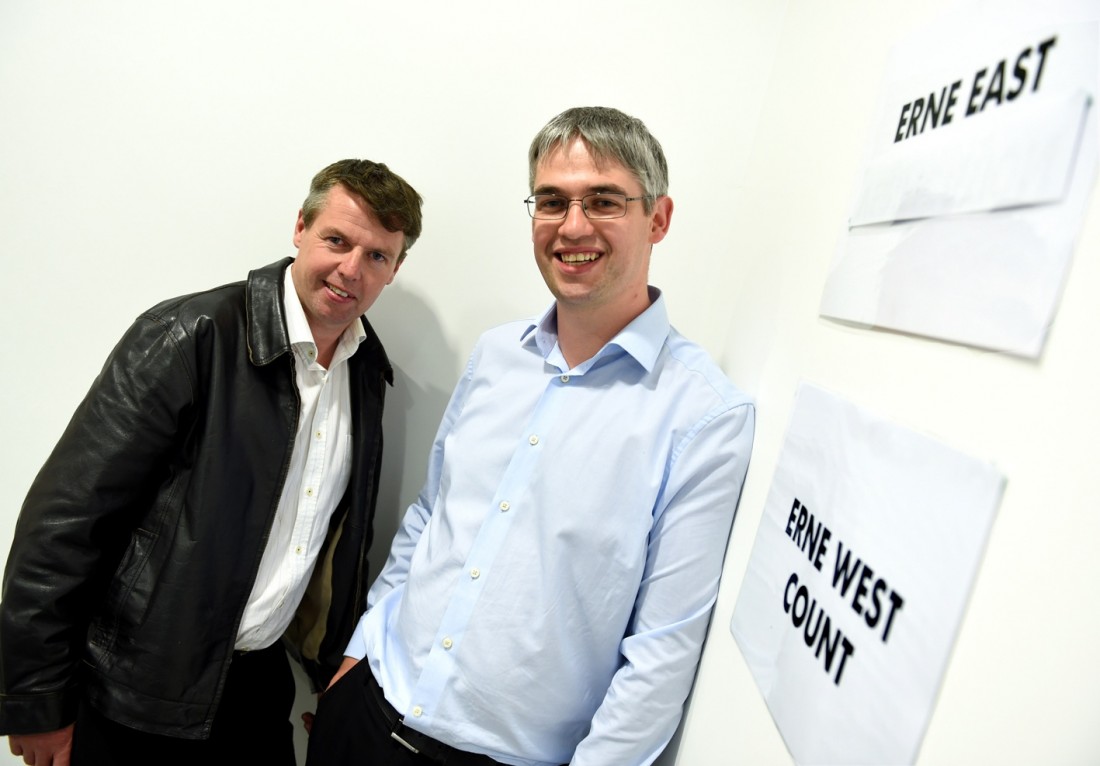 IN A first for local politics two brothers have been successful at the local council elections and will now sit together on the new Fermanagh and Omagh council.

The Feelys won’t however be the only siblings sitting together in the new council chamber as Patricia Rogers and her sister Mary Garrity, both SDLP, were elected in Enniskillen and West Tyrone respectively.

Anthony Feely was the first of the brothers to be elected, after stage four of the Erne West count but he had to wait for another few hours to find out if his brother was also going to be elected.

Erne West councillor Feely said he got a good response out on the canvass and felt they had run a good campaign.
The married father of three said it was great to be elected being a first time election candidate.

“I wasn’t over confident (about the election). We knew it was going to be a struggle”.

Mr Feely said he was confident his brother would be elected in Erne North but the Feely family still had a few hours to wait for this to be confirmed by election agent Joan McCaffrey.

It was approaching 10pm on Friday evening before the counters completed stage six of the Erne North count which confirmed the election of John Coyle and John Feely.

There was a huge roar from the Sinn Fein supporters as it was announced that John was deemed elected even though he hadn’t reached the quota.

John said he was absolutely delighted to be elected to Erne North confirming it was the first time either himself or his brother had ran in an election.

Asked how he came to run the councillor said he has been an active member of Sinn Fein since the 1990s.

“It’s exciting times ahead for both of us and we look forward to representing our areas of Belleek and Garrison.

The Erne North councillor said he was ‘very pleased with the way things went’.

Speaking from the platform in the count centre foyer a short time later John Feely said he would like to thank everyone who voted.

“The people of Erne North will have a strong voice on the Fermanagh and Omagh council.”