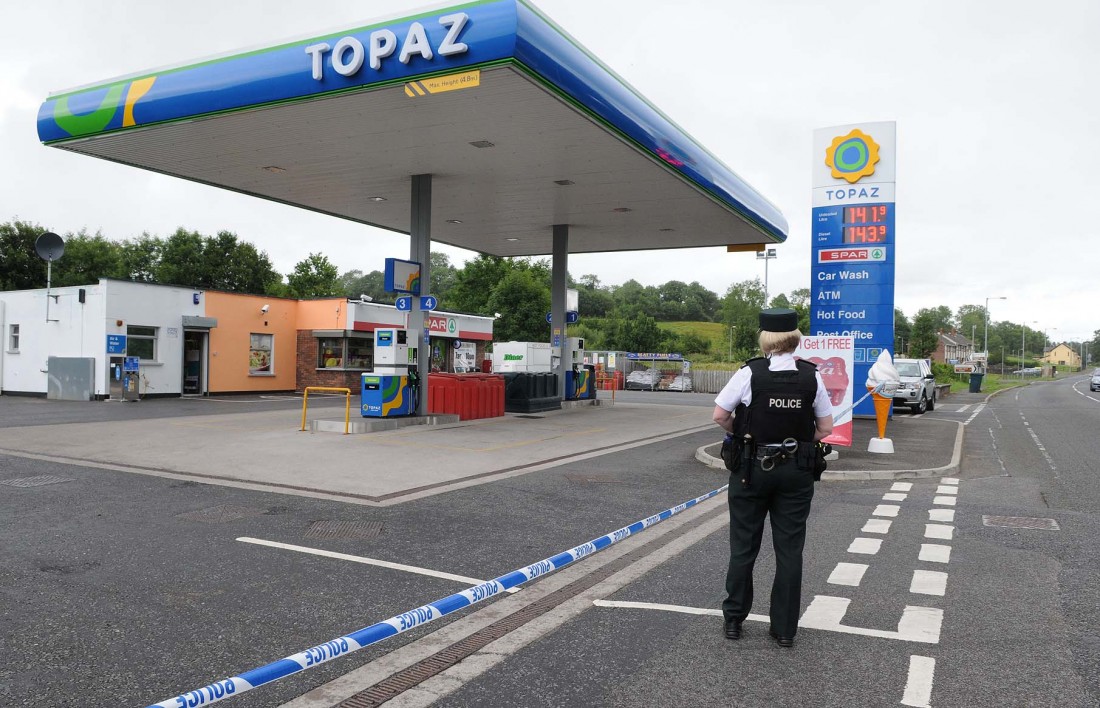 Detectives in Enniskillen are appealing for information following an armed robbery on Monday morning ,August 5  at a shop in the Sligo Road area of Letterbreen.

At approximately 7.20am, two masked males armed with hatchets entered a shop and demanded money. They made off with a sum of cash in a red BMW car which was later found on fire in a car park in the Lattone Road area.

Local councillor Cyril Brownlee lives just a mile away from the shop, and he admitted there was widespread shock within the community.

“We’re all shocked. I’m told one had a gun and the other a hatchet. For two people to come in and point a gun and a hatchet at the staff is terrible. I’m sure the life was scared out of them. It would have been very traumatic.”

This is not the first time the store has been targeted.

“It has been robbed before yes, it was a few years back though. Cigarettes and money I think were stolen at that particular time.

“That being said, there has been no crime for quite a few years apart from the shop.

“There is no rural crime here in regards to farming, and I just hope this incident is not the start of something.”

The busy shop, situated roughly five miles from the border, is owned by local businessman Paul Holder, who also owns the Lochside Vivo store in Enniskillen.

In an update yesterday, (Tuesday), a police spokesman said enquires were ongoing, and  added that no arrests had been made.

Police have renewed their appeal for information from  anyone who noticed the red BMW in the Enniskillen or Lattone Road area on Monday morning, or knows anything about the incident, to contact CID in Enniskillen on 0845 600 8000.

Alternatively, if someone would prefer to provide information without giving their details, they can contact the independent charity, Crimestoppers and speak to them anonymously on 0800 555 111.