The Fermanagh senior ladies team are now just one game away from a place in the All-Ireland Junior final.

Fermanagh’s final group game with Derry, scheduled for last Sunday, was conceded by the Oak Leafers resulting in the Erne ladies getting the two points which moved them top of their group.

The other group game between London and Carlow saw the exiles win by a point, confirming Fermanagh’s place in the last four along with Carlow and Group B winners Antrim and runners up, Limerick.

Fermanagh manager James Daly is looking forward to their next game now on July 10 when they will play Limerick for a place in the final.
“There isn’t a lot of teams in the junior championship but the bottom line is that we are there and from now on in, anything can happen,” he explained.

“We have been drawn to play Limerick, a team that we have lost to, but we would’ve, could’ve, and should’ve [beat them], so we get the chance to put it right now.”

Daly is however disappointed with the manner in which they qualified.

Last week Derry confirmed that they were unable to field and forfeited the game meaning Fermanagh missed out on a competitive match and the Armagh man is concerned about their lack of game time heading into the semi final;

“I know we had beaten Derry handily enough [earlier on this season] but it would have been a competitive game and that is what we wanted. 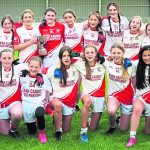 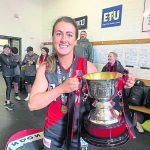 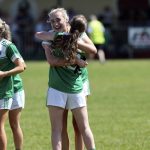