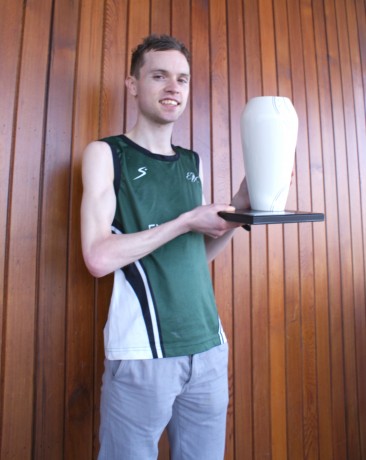 It wasn’t the greatest winter of preparation ever in Conán McCaughey’s career. The 25-year-old runner’s programme was limited as he struggled to get on top of a shin problem. Nevertheless the Enniskillen man kept plugging away under the watchful eye of his coach at Enniskillen Running Club, Tommy Farrell.

Come the Ulster Junior Cross Country Championship at University of Ulster Coleraine in January he was feeling in fair enough shape, and had a healthy appetite for the muddy course. But even he was a bit caught off guard by what happened next.

“I was delighted with that run,” said McCaughey. “It came as a surprise because I was injured in the autumn and going into the race I had a couple of disappointing performances. But it was just one of those days where everything went brilliant. I was able to push on the pace and comfortably get a silver medal. Looking back at it now if I had been a big more confident I think I could have challenged the winner Conor Duffy, a bit more, but he’s a class athlete.

“It was a very muddy course, but I found that suited me personally. I think some other guys see mud and get a bit afraid before a race, but I just went into it seeing it as a challenge and I run well over cross country.”

McCaughey built on that run with another excellent showing the following week, this time on home turf.

“I did the Fermanagh Cross Country at the Necarne the weekend after with my local club, Enniskillen Running Club and I came second there behind Declan Reid who is the current All-Ireland masters cross country champion so I was pleased with that,” said McCaughey.

That said Enniskillen athlete doesn’t see himself as a mud bunny and also enjoys his runs over track and tarmac. He competed in the Armagh International Road Races recently, his first in Northern Ireland colours.

“That was my first time ever representing Northern Ireland, so that was a fantastic honour and it was great to wear the NI vest for the first time. I ran a road PB, I was hoping to go a bit faster, but I’m sure I’ll take it on in the summer. Hopefully I can continue to challenge for Ulster medals and Northern Ireland and even Ireland vests,” said McCaughey.

McCaughey is a bit unusual in that came late to running, only taking it up at university. However he has been making up for lost time and his studies in Scotland have really contributed to bringing him on as an athlete.

“I’m based in Scotland and studying a masters in Health Psychology at Stirling University. I run with a club in Scotland, Central AC, who are probably in the top three clubs in Britain. There’s a strong training group there of British internationals and training with them keeps me on my toes. Training with guys who are better than me helps push me on. It’s a good course and it’s also ideal for my running,” said McCaughey.

He finds that the exposure to the mental side of sporting performance has been a valuable weapon in his arsenal.

“I think using techniques such as visualising your performance before the race and using positive psychology really enhance your performance and I think it can help a lot of athletes. Going into that race in Coleraine I mightn’t have been expected to do that well, but I knew the training was there even if the race performances hadn’t been,” said McCaughey.

His favourite distance is 5k, but McCaughey anticipates specialising at the 10 mile, half marathon range longer term. He returned from Scotland last weekend to compete in the Cara 10 mile at Bundoran where he finished third in a time of 52.48, shaving three minutes off his previous personal best. 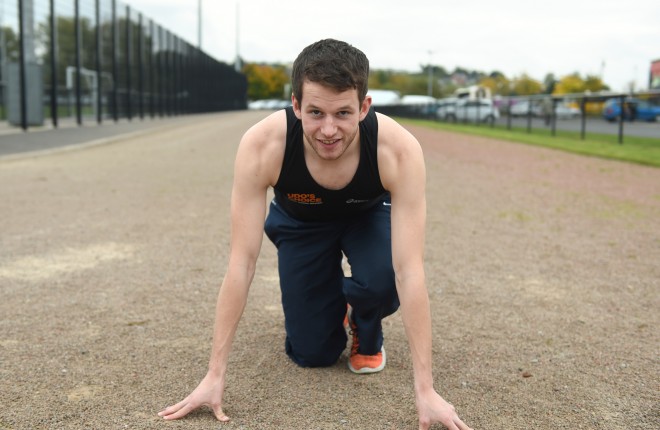 Hoy leading the way at Spooktacular

He might be more at home over 800 metres, but Mark Hoy won the Enniskillen Spooktacular 5K the first...