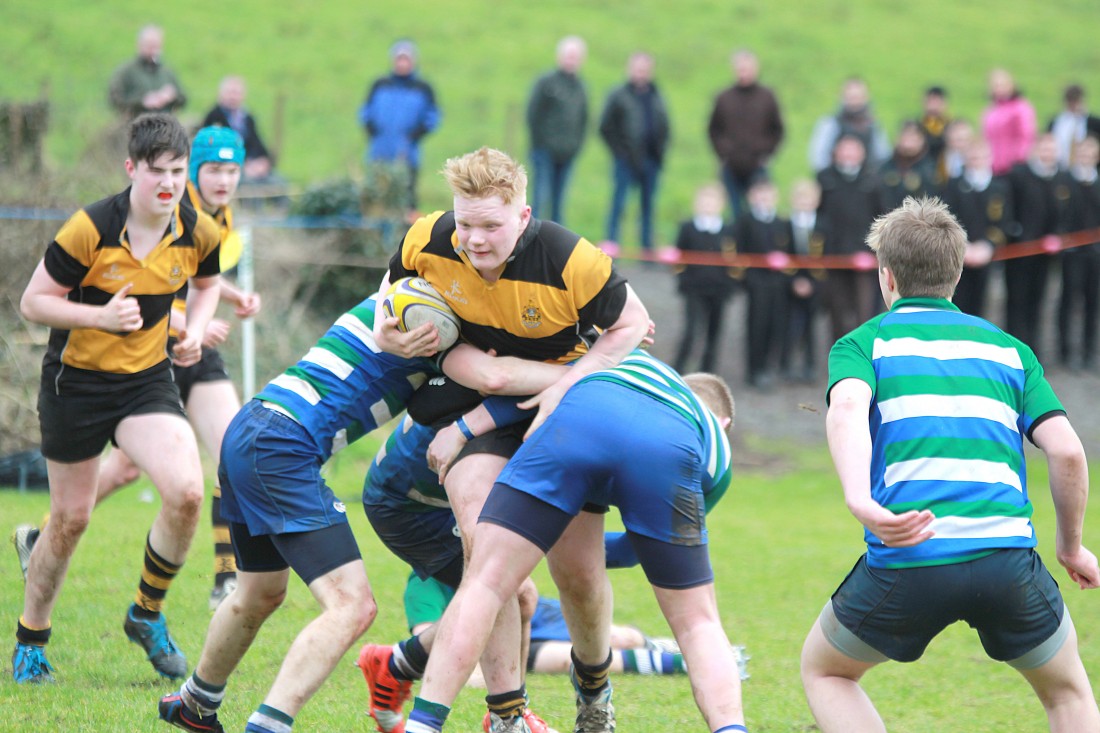 The template for this game was set the first day out when Grosvenor and Portora went at it hammer and tongs in a game where defences were on top, eventually drawing 3-3.

In the replay in Enniskillen on Tuesday afternoon Portora faced into the wind in the first half, and that had a levelling effect in the game.

But the second half saw the homesters starting to make the inches count.

Portora had more territory and the game was primarily played in the Grosvenor half. The greater share of possession for Portora eventually told, with Grosvenor forced to offer up a number of penalty chances.

The game’s decisive score came after Portora went through the phases up the right flank of the field before spinning the ball left.

James Balfour took the ball into a ruck before Angus Keys passed it out and the ball was worked through the hands to Adam Boles who went in at the left corner with 15 minutes to go.

After that Portora battened down the hatches and played possession rugby, pinning Grosvenor back for the final quarter.

That result sets Portora up for a tilt at Belfast Royal Academy in the next round of the Medallion shield this Saturday.

While it’s a quick turnaround, Portora coach Alastair Keys is happy to be going in to the tie with a clean bill of health and character-building win.

“There were no injuries so that’s a good thing, but obviously we’ve very little turnaround time to get over this game and get the heads in the right place for Saturday. We’re pleased to be at home though,” said Keys.

“We don’t know too much about BRA at the moment, but they would be a good side traditionally. But anybody you get from here on in is going to be good.”