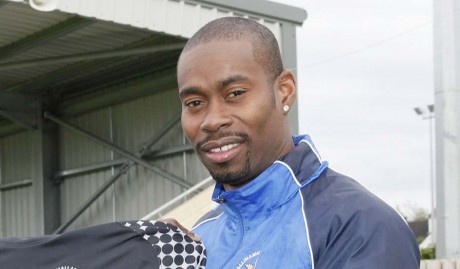 Ballinamallard United have confirmed this week that goalkeeper Alvin Rouse has not been offered a new contract for next season with manager Whitey Anderson releasing a statement thanking him for the major part he had played in the last two seasons.

I signed Alvin two seasons ago when we gained promotion to the Premiership.

It was a signature I was delighted to get given his overall record and experience, and it was a very significant coup at the time. Alvin went on to keep 17 clean sheets in his first season at the club and played such a pivotal role in our fantastic inaugural season in the Premiership. He can be very proud of the part he played.

Alvin in his two years has been the ultimate professional both on and off the pitch. He has been a gentleman to deal with and he will be fondly remembered at Ferney Park by us all and especially the supporters. Alvin, Elaine and the whole family will always be welcome at the club and we wish them every success in the future.”

Rouse made 67 appearances for Ballinamallard United in his two seasons at the club and kept a total of 20 clean sheets.

Rouse himself said he had a wonderful time at Ferney Park and thanked everyone there for their support.

“There was a lot of stuff going on in my personal life and they stuck by me through thick and thin. To be involved in the first Fermanagh side to play in the Premier League was just fantastic. I’m still only 34 now and hope I can attract another club at the same level.”