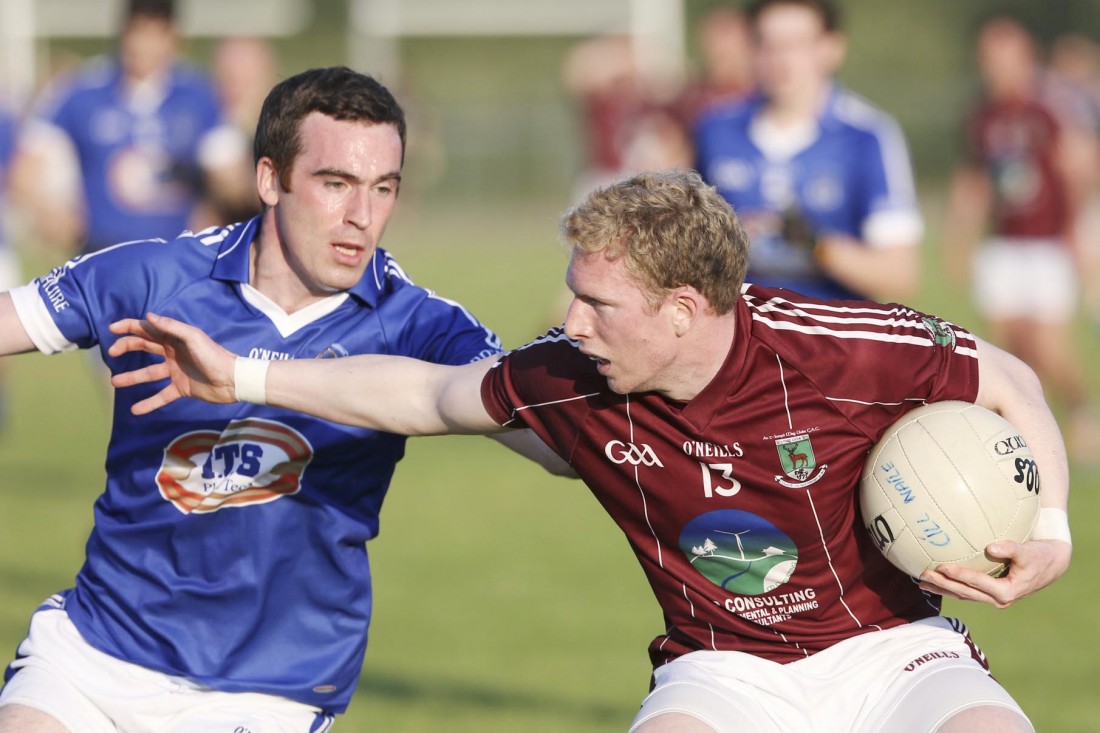 Two goals inside the opening four minutes had visiting Tempo streaking well ahead of Kinawley and the league holders were on their way to their second win in the space of forty eight hours.

Goal one arrived within fifteen seconds of the throw in, Tempo winning possession, a long ball pumped into to Daryl Keenan who promptly offloaded to brother Ryan and the shot nestled in the corner of the Kinawley net.

A couple of points soon added, a responding score for Kinawley from midfielder Shaun Doherty and then a second Tempo goal, this routinely fisted in by Thomas Campbell from the edge of the square.

Kinawley who had scored an encouraging victory over Belcoo two days previously were on the ropes and there were never to get back into the contest to any appreciable degree.

They were severely handicapped by the absence of the Corrigan brothers, suspension and injury ruling them out, and it was left to midfielder Shaun Doherty to plough a lonely furrow.

Tempo were to reach the interval leading by nine points on a scoreline of 2-10 to 0-7, Niall McCusker, Ciaran McElroy and Daryl Keenan on the points trail for them.

Kinawley had been able to pick up sporadic scores, mainly from the industrious Doherty but other scores supplied by Shay Keenan and Matthew Drumm though the latter was to be guilty of some poor shooting.

On the restart Tempo hit early points from Thomas Campbell and Ciaran McElroy and could afford to shrug off a penalty that yielded just a point, Kinawley keeper Darren  Boyle parrying the spot kick over the crossbar. Boyle was also to pull off a decent stop some minutes later but with the game clearly won, the edge had begun to slide out of Tempo’s play.

Over the final quarter, Kinawley managed to exert pressure but their accuracy was poor and a number of shots were to be tossed wide. They had to wait until the start of the final quarter before Doherty with another placed kick added to their interval tally and they were to add just one more before the finish.

Tempo were  never in the slightest way threatened as they coasted to an emphatic win and the four points collected over the two games has hoisted them much further up the table.

Overall a quietly efficient team performance from them their confidence boosted enormously by the quicksilver start which yielded the two goals.

For Kinawley, Shaun Doherty worked manfully throughout and James Allen looked reasonably steady in defence with Noel Martin having his moments in the front line of the attack.