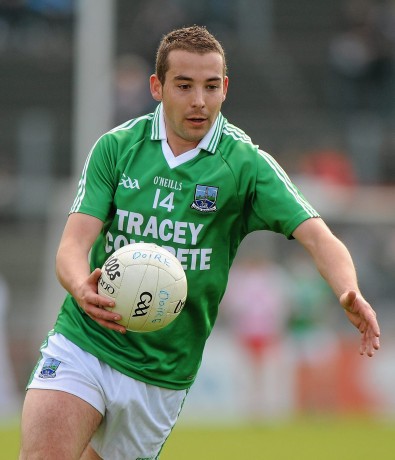 Daniel Kille is confident Fermanagh can bounce back

Daniel Kille has been around the Fermanagh panel since 2009.

The Lisnaskea sharpshooter has shown glimpses of his brilliant forward play during that time but injury and perhaps even a change in the way the game has been played has conspired against him cementing a starting place on the team.

Unlucky to lose out on a starting spot against Cavan he came on at half time and kicked three free kicks with nerveless aplomb and is certainly one player that Fermanagh manager, Peter Canavan, will consider utilising from the start when the Ernemen take on Westmeath in Mullingar this weekend.

For Kille himself he wants to play as much as possible;

“I have been a bit frustrated by a hip injury this year and I haven’t been able to play as much football as I would have liked but I am feeling good again and I have put in a lot of hard work on the training ground. I’m just chomping at the bit to play.”

Kille admits himself that lack of club games, through injury and then suspension, has not been the ideal preparation coming up to championship football but reports that he is good shape to take on the challenge ahead;

“I got a second injection into the hip and I am pain free now which is good. Training has been brutal hard all year and I have been able to get stuck into it so I am looking forward to getting out there and playing.”

The Emmetts man says that it is hard to overestimate just how much quicker county football is.

“People say there is not as much space at county level. I think there is. You can still find space but it is just not there for as long because the pace of the game is so quick. Against Cavan both sides were hitting short kick outs and the game just never stopped. It was seriously quick.”

Turning his attention to this weekend’s game Daniel admits that the confidence within the squad has taken a bit of a dent.

“We were very confident going into the Cavan game but we didn’t play at all. Now, there has definitely been a knock to the confidence but there is also a real feeling within the squad that we want to go and play better and get the win. So there is a determination there to do better.”

And for Daniel getting a win would mark real progress for this Fermanagh team;

“We have to put the defeat to Cavan behind us. We have a chance now to go out and get a win in the championship and the thing about the qualifiers is that one win can get you right back in and you never know where you would go from there.”

The Cavan match was a real step back considering the work that this Fermanagh team has put in but Daniel Kille and his team-mates are still believers and are determined to put their season back on track with a win in Mullingar on Saturday.