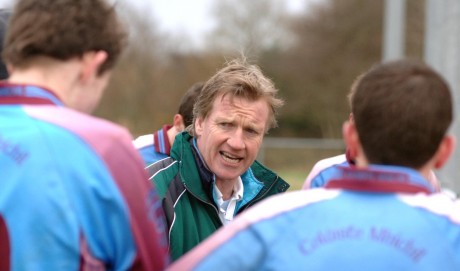 St Michael’s surrendered their MacRory Cup crown to the side whom they defeated in last season’s decider in what proved to be a pulsating quarter final tussle at Dunmoyle on Saturday afternoon.

In the end it was to be the anticipated result but this was a contest which certainly didn’t live up to pre match expectation. Instead of a routine assignment for a Maghera side this was to be a desperately close run thing for the Derry side and in fact they were fortunate to scramble their way into the semi final.