Cheerleading is a growing phenomenon in Fermanagh, with over 100 children now involved in three locations across the county.

The Jets Cheerleading group run by Sarah Tierney and four volunteers has classes in Enniskillen, Irvinestown and Lisnaskea, with interest growing rapidly among young girls. Sarah explained how it all began.

“It started about 30 years ago and it was my mother who had a majorette group, the Lakeland Marionettes, and she ran it for quite a few number of years and I took it over maybe 13/14 years ago and then my sister Majella (Beacom) came onboard and we progressed into cheerleading. So it just moved with the trend, people were getting a bit bored with marching and wanted something different. I started off with a dance group initially and then went and did a cheerleading course and took it over as a cheer instructor.”

Such is the popularity in Fermanagh Sarah has taken a two year career break to focus on the Jets full-time.

“You couldn’t manage both, there’s such a lot to cheerleading, there is a of administration and we’ve opened a number of new classes in Lisnaskea and Irvinestown.”

She continued: “We don’t like turning anyone away, we just put on more classes, we have three now on the Monday night and we’re looking now at expanding further. We have got a request for Trillick and Sixmilecross to start up classes so it is proving very popular.

“It just seems to have got crazy over the last couple of years. It must be these shows on MTV, the cheerleading shows which follow groups around, I think that has peaked interest, but then we have kids that come through the door and don’t know anything about it, maybe friends have told them and they would never really have seen it on TV or competitively. I think the big push though is the competitive cheerleading which we’re aiming towards now in November.”

That push towards competitive cheerleading and the Irish championships has been boosted by the recruitment of Texas State University Cheerleading coach LS McClain. He arrived in Fermanagh on Monday to instruct the level two and three groups ahead of the competition.

The Jets cater for various age groups and standards, but as yet there are no male teams, a fact Sarah would like to remedy.

“We would love to, but I don’t think we would get the interest in Fermanagh for that. I don’t think Fermanagh’s quite ready for it just yet,” she joked.

The Jets are holding a summer camp from August 11 to 13 in Enniskillen Scout Hall aimed at kids who have never done cheerleading before. There will be a half day for the younger children and full day camp for those aged eight and up. Sarah welcomes anyone interested to come along and insists they won’t be disappointed.

“It’s a great form of exercise, it’s unbelievable how it brings people on in their confidence also. They come in would hardly speak to anyone and they’re really shy, but give them a couple of weeks and they really integrate well into it. Parents find that really good and we get a lot of positive feedback about that. We’re like a big family for them; They come in, they enjoy the other girls and learn new things. There’s something different every week, no class is ever the same.” 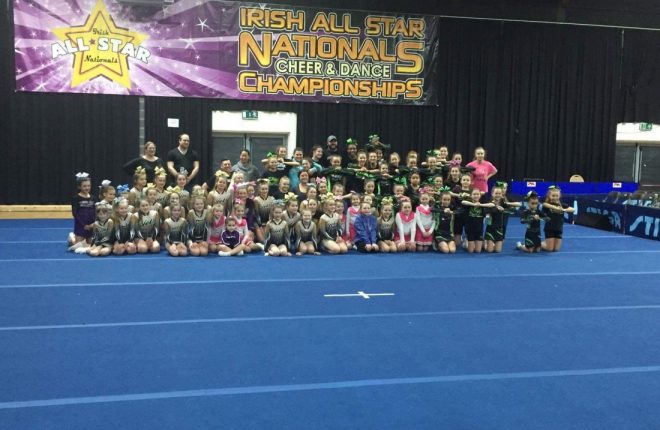 Enniskillen Jets have just returned from the Irish All Star National championships in Mayo Castlebar with an extremely impressive...