Advertisement
HomeHeadlineDid you hear the one about the student who does not drink?
Advertisement 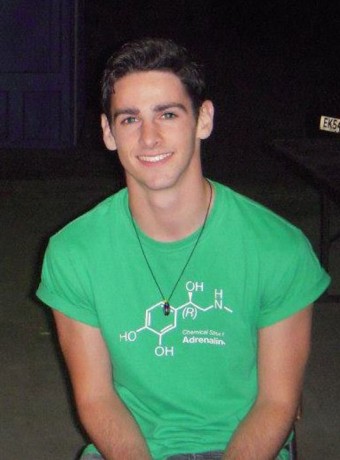 WHILE binge drinking would appear to be a growing problem, statistics suggest that the number of  young people drinking alcohol has actually dropped in the UK.

And for one Fermanagh student, the decision not to drink hasn’t been a difficult one.

The 21-year-old from Aghadrumsee puts much of his decision not to drink down to his parents, who don’t drink themselves.

“It wasn’t something I grew up with. I never would have been to a pub and few of our relatives and family friends drank so it was never something I ever seen as being part of society.

“It wasn’t something that was condemned in my house or seen as a taboo,” he added.

Andrew has found his friends to be supportive – and maintains that peer-pressure isn’t something that has affected him.

“Sometimes you’ll find yourself in the situation where someone is asking you to just try it or have a taste but I just say ‘no thanks’ and that’s it. Other times I would have found myself in a nightclub with friends and people around me and they’re all drinking, with some at the stage that can be considered drunk, but again I never feel the need to also start drinking.”

Andrew said that it hasn’t hampered his ability to enjoy a night out, and described one of the benefits of not drinking has been the ability to save money and, even as a young student, allowing him to travel widely.

“Without doubt not drinking has been the best decisions of my life. I have saved so much money and by doing so have never had to worry about my bank account balance. Not only for financial reasons but with regards to sports I’ve been able to stay focused and achieve things that I never thought I would.”

Despite having not taken a drink in his life, he only became a pioneer two months ago.

“I’ve never drank alcohol in my life but it wasn’t until two months ago that I became an official pioneer. When I did, young and old recognised the badge and would be congratulating me and saying it was great to see someone who didn’t drink. It was a rather proud moment for me to receive my badge and it was great that my friends saw it as something special as well.”