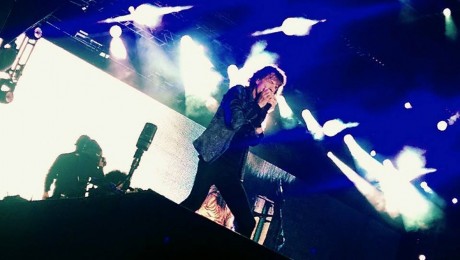 IN front of a reported 90,000, The Rolling Stones played a storming set in Rock In Rio, Lisbon, that showed just why, into the very end of their 50-plus year career, the Stones continue to pull huge crowds in countries across the world.

Lucky enough to snag a ticket while on a trip to the Portuguese capital, my final day was spent in the company of one of rock’s seminal bands. Perhaps it would be the only time I would ever see them live.

Concert partner in tow, and with a pre-conceived aim to get as close to the front as possible, we dumped our bags at the airport and headed for the mammoth Rock in Rio festival site.

We joined a queue of about 150 at around 2pm, with the doors not opening until 4pm.

When the initial gates opened we ran and danced our way through the crowds, some falling over to our amusement, to the festival gates where, at one of several entrance points, we found ourselves leading the pack.

After further running and further stitches, we – somehow – got to the railing at the front. And that was a space we weren’t relenting. Despite how the band weren’t due on until close to midnight.

Eight hours plus spent waiting or the headline act to come on was not pleasant. There were three ‘opening’ acts – which included some highlights, like Angelique Kidjo’s cover of ‘Redemption Song’ – but for the most part it was a lesson in self, and bladder, control.

I didn’t tell my much-bigger-fan-than-I friend, but my plan was to stay for maybe four or five songs and head off to the toilet and watch from further back.

But, when the clock struck 11.45pm, and Mick swaggered on stage to ‘Jumpin’ Jack Flash’, my plan was foiled.

There was no way I was moving back after that.

Moving with the energy of a man in his 20s, Mick was undoubtedly the star of the show.

I’ve seen Bruce Springsteen, Axl Rose, Eminem, and that fella from The Kaiserchiefs, in person, but haven’t seen a frontman as in control of an audience as Mick Jagger. And I’m not quite sure if I ever will.

I’ll be honest, I’m not the biggest Stones fan in the world. Maybe it was a little cheeky then, that I took a place at the front, especially in a country not my own. But my friend’s fandom more than made up for it.

As if that weren’t enough, three songs in saw the introduction of Bruce Springsteen for ‘Tumbling Dice’ – a huge treat to see ‘the boss’ make a surprise appearance. I was still reeling from that 10 songs later.

Roaring through the hits – most of which I knew, some I didn’t – the band finished with perhaps their biggest hit, ‘Satisfaction’ at close to 2am that morning.

Mick spoke in Portuguese for a lot of the concert, plucking phrases from his teleprompter, and the two red-faced Irishmen in the front were perhaps the only ones not to get the jokes.

The best one-liner, however, came from Keith Richards.

Indeed Keith, but for us, it really was nice to be there with you. 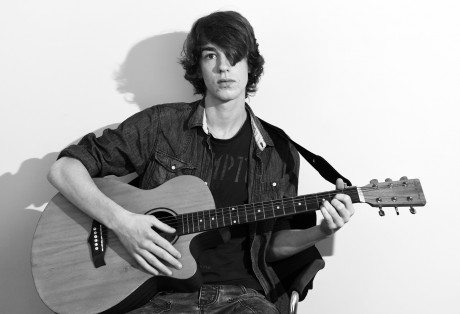 Music Focus: EP on the cards for Conor 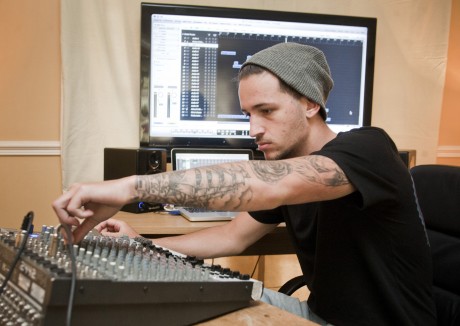 New record company to give opportunity to local musicians

Ryan Smith catches up with Joel Johnston, the man behind a new independent record company