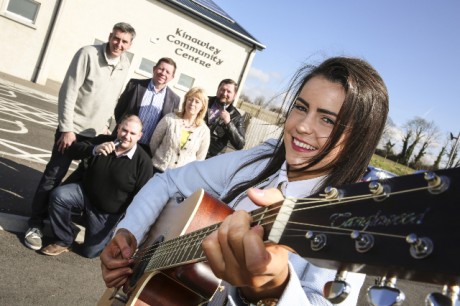 A NIGHT of country, which will raise funds for the community defribillator project, is to take place in Kinawley.

The April 6 event, taking place in the Kinawley Community Centre, is bringing together some of the biggest names in local country for the event.

It is part of fundraising that aims to raise over £2000 to pay for a community defribillator and heated box, so that it can be stored outside.

“It’ll be a benefit to the whole community, similar to what has been happening in other places,” explained Pat McManus, of the Kinawley Community Centre.

“We’ve been planning to this for a couple of months and we found that all the acts were keen to get involved for a good cause.”

With the defibrillator to be housed outside the hall, which is celebrating its third anniversary, the heating cabinet is a necessary, but costly, extra.

Anne Malanaphy, who is involved in the fundraising explained: “The country night is for the fund. At the minute we’re hoping for that to be a success with all the different artists taking part. Hopefully we’ll be able to raise a lot of money that. We definitely know what we need. They have it in Derrylin, they have it in Derrygonnelly – and I think Florencecourt – so we’re hoping that that’s what we get set up.”

The show starts at 9.30pm, with admission a voluntary donation.