The success of the Happy Days Beckett, now in its third year owes much to the people of Enniskillen and Fermanagh, according to artistic director Sean Doran.

In an interview with the Fermanagh Herald this week Doran said, “the scale and the type of work has seen nothing but a host of welcomes right from the beginning. That’s why we have been able to use so many venues.

Doran explained, “Dublin and Paris are the two obvious choices to site an international Beckett and it’s the only one annually in the world. But of course I come from Northern Ireland and he went to school here in Enniskillen and once I knew that and came to look at Enniskillen properly I could see that the place really suited a summer festival with this man’s work and the people he influences across the art forms.”

“The ideas have been applauded and the imagination of the festival and people have come from all parts of the world, Tokyo, Los Angeles and Australia to attend the festival. But the ideas really come from the man himself, his work, which actually goes beyond being a literary figure. I think that was a key fundamental of this festival as a departure to anything else that has happened previously in his name.

“It takes in classical music and visual arts and dance and comedy because all this influenced him when he was in Paris in the 1930, 40s and 50s and enterted his work. But the man’s life is also extraordinarly rich.

“We have a sports programme called ‘Bend it like Beckett’. Because when he went to Portora he excelled at boxing and rugby and cricket, but was also winning medals in swimming and athletics. He was an extremely athletic person and that sport interest stayed with his for his life.”

He went on to explain that during the World War II he was part of the French Resistence. He took that up because he saw what was happening to his Jewish friends and they have featured that this year with a featured event.

“We have a theme in this year’s festival that also includes “Waiting for Godot” in Yidish for the first time because that would have been the language of the concentration camps.

Doran was enthusiastic about the venues and the way the locals have taken to the Beckett Happy Days Festival.

“The people of Enniskillen and Fermanagh have totally entered into the spirit of this.

“This has been so key for someone like myself, coming in as a Derry man and proposing something as ambitious as this, the scale and the type of work and there has been nothing but a host of welcomes right from the beginning and this is why we have been able to use so many venues – the three or four churches, and the schools and pubs. We use 30 or 40 different venues so that the whole town is actually involved and enveloped.

“Even down to the main street where you have the Beckett sandwiches and Beckett haircuts which some of the barbers do.

“There is quite a lot of fun that goes on. It’s a type of festival because of the beauty of the town and compactness that creates a family among the visitors who come and join the locals to attend all the events,” he added. 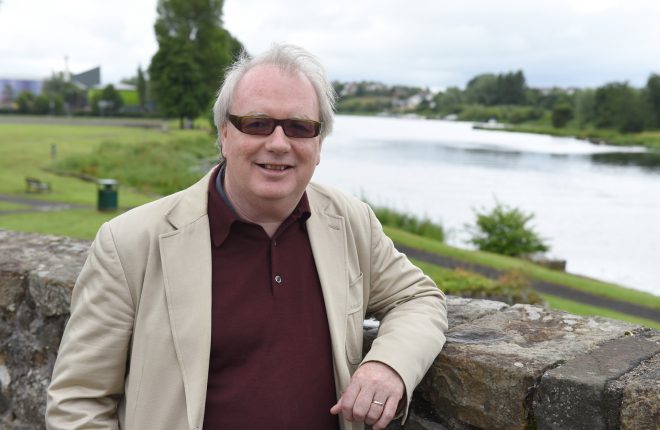 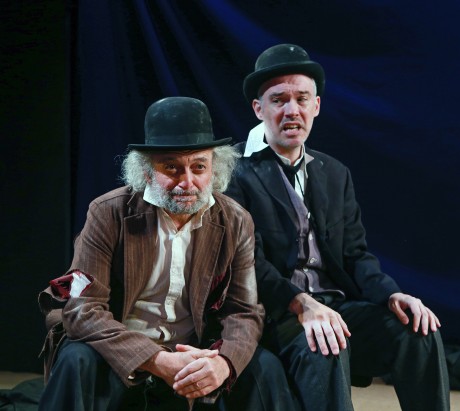