THE band, bugles, pipes and drums of the Royal Irish Regiment, will perform a concert in aid of the Army Benevolent Fund (ABF ‘The Soldiers Charity’), in the Unionist Hall, Enniskillen, this Saturday evening February 22 at 7.30pm.

ABF ‘The Soldiers Charity’ at its ethos tries ‘to be the most effective charity providing a lifetime of support for soldiers, former soldiers, and their families.’

As the only remaining military band, of any of the Services, within Northern Ireland, the Royal Irish Band has played a major role in providing musical support not only to the Northern Ireland Garrison but has also been at the forefront in both community relations and community engagements, and fundraisers for service charities.

The band has travelled to Germany, America, Poland and Canada in recent years and testament to the high quality of its performance standard and the esteem in which it is held, in 2011 The Band of The Royal Irish Regiment was tasked by Headquarters Land Forces to provide principal musical support to the National commemorative events at The Somme, in France.

This was then repeated in 2013. The band members are all skilled Army Reservist volunteer musicians who come from a wide variety of civilian backgrounds to provide musical support to their community, regiment, service and nation.

The Bandmaster, WO1 Chris Atterill MBE said: “We’re really looking forward to coming back to Enniskillen, and especially the warm Fermanagh welcome that we know awaits us.”

The compere for the evening will be Gary Wilson. Tickets can be purchased from the Unionist Hall, SD Kells shops in Enniskillen, Lisnaskea, and Irvinestown, or by ringing Stuart on 07968 738491, or Nicola on 07872 395981. E-mail requests to stuartbrooker@btinternet.com.

Admission is also payable at the door. 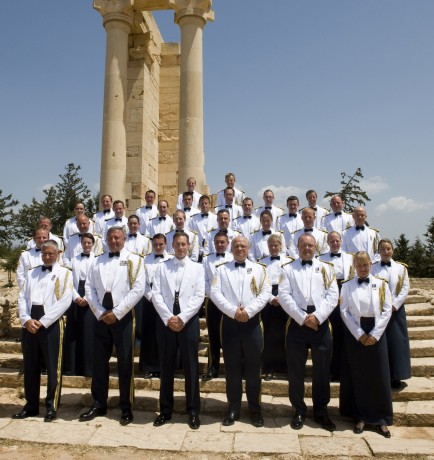 THE Central Band of The Royal Air Force will perform a concert in aid of the Army Benevolent Fund...