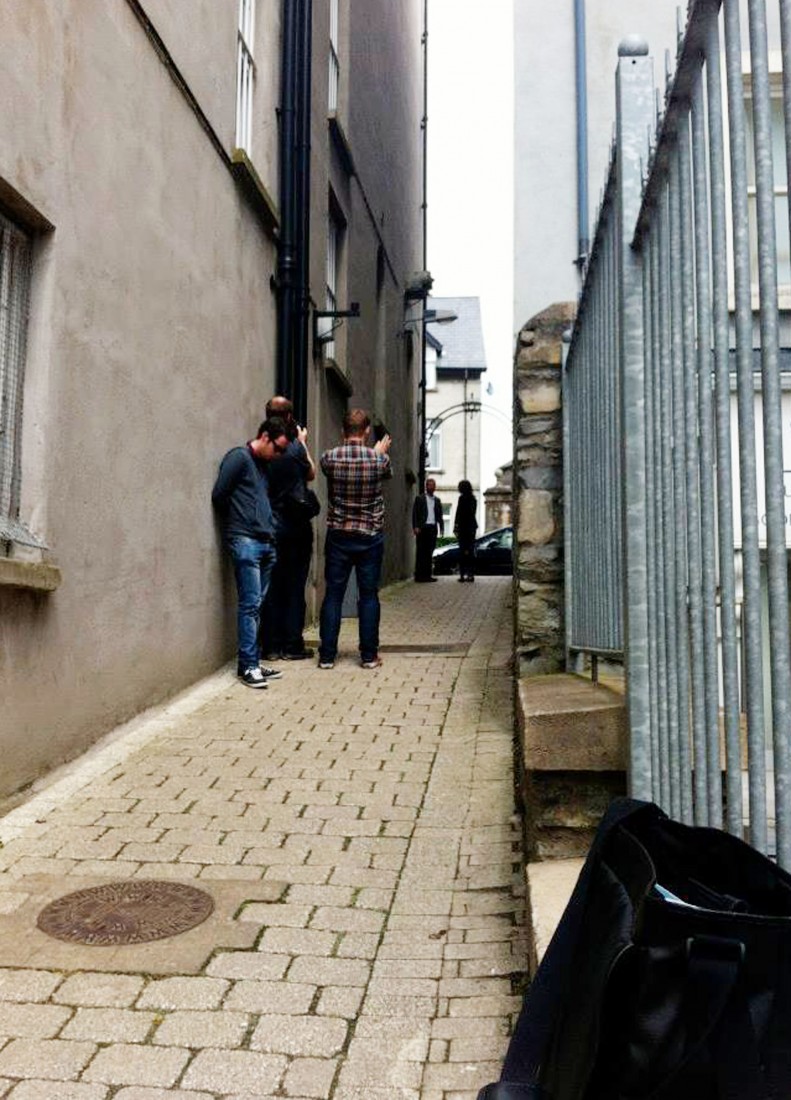 Low budget Irish horror film ‘Revenant’, co-written and co-produced by Sean Smith and Lauren Murphy follows a TV crew investigating a dark incident in the fictional rural village of Ballinleck, County Cavan. A young family are being terrorised in their own home by an unseen force and the crew make a connection between the house and the death of a young child there in 1989.

It’s rumoured that Neil Brady, an odd young man obsessed with the occult, performed a botched exorcism that subsequently led to the child’s death and twenty years on, the crew track Brady down and coerce him into returning to Ballinleck and confronting his past. Neither party though is fully aware of the sinister presence that still lingers.
Speaking to the Herald Lauren said it was a ‘no brainer’ to shoot the film in Fermanagh and West Cavan and explained they made a short horror film in Cavan last year.

“We spent a lot of time looking at various locations in West Cavan and Fermanagh and the landscape is just breathtaking in that part of the world – the wind farms and rolling hills are beautiful.”

The crew shot in Aghalane on the border and in Enniskillen and enjoyed a great experience in both locations.

“We drew a few strange looks from locals going about their business in Enniskillen, especially since it was a week after the G8 summit took over the town. But generally, people were friendly and curious about what we were doing and the PSNI were very helpful in allowing us to film on the street.”

The cast too in the film had a distinct Fermanagh feel as two local actors were involved.

“We had a really good turnout from Fermanagh actors at our auditions. One of them, Brenda Swift from Lisnaskea, was part of the principal cast and Ciara Hambly from Enniskillen also had a smaller role. Our cast was actually very small so it was great to include some Fermanagh actors. Both Brenda and Ciara were great and we’d definitely work with them again.”

After the 11 days filming rapped up on July the release is set for early 2014.

The plan is to release it onto the film festival circuit initially, and then a distribution company so as many people as possible can see it.

Is it coming to a cinema near you? “Why not – you’ve got to dream big. Hopefully, people will be able to see it on a screen of some sort next year,” added Lauren.

You can keep up to date with what’s happening via their Facebook page www.facebook.com/RevenantFilm